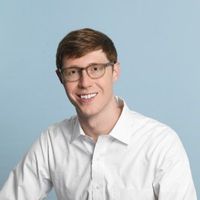 Stokes first reviewed the December 2014 guilty plea by French power and transportation company Alstom S.A., which totaled $772 million and is the largest FCPA criminal fine to date.  The outcome would have been "very different," Stokes said, if Alstom had disclosed the conduct, cooperated early on in the investigation, and taken appropriate remedial steps at the outset.  He then broke down the penalty calculation step-by-step.

Guidelines range reduction: Alstom's penalty was in the middle of its U.S. Sentencing Guidelines range, which Stokes said was "$532 million to over a billion dollars." But credits for self-reporting and cooperation would have reduced the range to between $296 million and $592 million.

Bottom of guidelines range: Stokes added that "[t]ypically if a company had self-disclosed and cooperates, it gets at least a penalty at the bottom of the guidelines range."

Additional discount of up to 30%: As Stokes put it, DOJ "often also give[s] companies a discount off the bottom of the guidelines range, often up to thirty percent or more for full cooperation, extraordinary cooperation as well as self-disclosure."

Following Stokes's math, then, had Alstom self-reported and satisfactorily cooperated with the DOJ, its "fine could have been $207 million, which is a $565 million savings-a 73 percent reduction."

Next, Stokes applied this framework to the December 2014 guilty plea of cosmetic company Avon's Chinese subsidiary, a plea which included a $68 million criminal penalty.  According to Stokes, Avon did not self-disclose, but did cooperate.  As a result of its cooperation, Avon received a reduction in its guidelines range and a twenty percent discount, calculated from the bottom of the guidelines range.

Stokes then reviewed the counter-factuals.  Had Avon also self-reported, and therefore gained a further guidelines reduction (while still getting the twenty percent discount against the bottom of the guidelines range), the company's ultimate penalty would have been approximately $42 million-"$25 million savings, which is 37 percent less than what it paid."

In contrast, if the company had not cooperated "it would have raised its guidelines range, and it wouldn't have received the 20 percent discount, and its likely fine would have been at least at the mid-range." This would "have led to a fine of approximately $142 million instead of $68 million," a 110 percent increase.

Penalty calculation is, by necessity, intensely fact-specific and notoriously difficult to estimate.  It can depend on the nature of the unlawful conduct at issue, the internal controls in place when the conduct was discovered and remedial steps taken afterward, the specific level of cooperation, and the timing of a self-report, among other things.  It also happens to be one of the most important factors corporate clients consider when deciding whether, when, and how to disclose suspected unlawful conduct.  The concrete examples provided by the DOJ this week offer useful clarity on this important question.