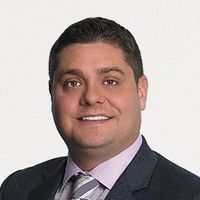 In its second full year in operation, the US Securities and Exchange Commission's (SEC's) "whistleblower" program has seen an eight percent increase in tips about securities violations, such as fraud, manipulation, and insider trading, according to a recent SEC report.

Under the 2010 Dodd-Frank Act, the SEC provides monetary awards to eligible individuals who provide original information that leads to certain successful SEC enforcement actions. Awards are required in an amount equal to 10 to 30 percent of the monetary sanctions collected above US$1m. The awards can be substantial. In October 2013, the SEC announced an award of more than $14m to one whistleblower.

Approximately 12 percent of tips came from individuals outside the US -- with the UK, Canada, and China leading the way and accounting for close to half of all non-US tips received.

The whistleblower program has caused some controversy because of the potential incentive for an employee to circumvent a company's compliance program and report violations directly to the government. In practice, the incentives offered to whistleblowers may mean that there are a larger number of unmerited reports and investigations commenced but the up-tick in reports gives the SEC a rich source of potential enforcement actions to pursue.