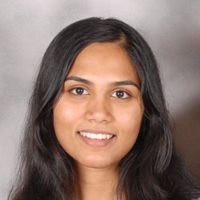 The SEC has reported that a growing number of its whistleblower complaints under Dodd Frank are being received from outside the United States, particularly China and India.  But recently, a New York judge issued an order which is likely to blunt the impact of foreign whistleblowing.

On October 21, 2013, Judge William Pauley ruled in Liu v. Siemens, 2013 U.S. Dist. LEXIS 151005 (S.D.N.Y. 2013), that the Dodd Frank Act's anti-retaliation provision does not protect foreign employees who report on a foreign company's securities violations if the conduct occurs outside the US.

Dodd Frank broadly defines a whistleblower as "any individual who provides . . .  information relating to a violation of the securities laws" to the SEC.  The protections for whistleblowers include a prohibition on retaliation by the whistleblower's employer.  According to the Act,

No employer may discharge, demote, suspend, threaten, harass, directly or indirectly, or in any other manner discriminate against, a whistleblower in the terms and conditions of employment because of any lawful act done by the whistleblower … in making disclosures that were required or protected under the Sarbanes-Oxley Act of 2002 (15 U.S.C. 7201 et seq.), [the Securities Exchange Act of 1934 (15 U.S.C. 78a et seq.)], section 1513(e) of title 18, and any other law, rule, or regulation subject to the jurisdiction of the Commission.

The plaintiff, a Taiwanese resident, worked as a compliance officer at the healthcare division of Siemens China.  His complaint made two serious allegations. First, Liu reported that Siemens was involved in kickback schemes with Chinese government officials. Second, he claimed that a deal between Siemens and North Korea circumvented internal compliance procedures mandated by the company's settlement of an FCPA investigation in 2008.  Liu raised these concerns at a Siemens town hall meeting attended by Siemens China's President and CEO.  Following this incident, Liu's company asked him not to return to work for the remainder of his contract. A few months later, Liu reported possible FCPA violations to the SEC.

The court relied heavily on the Supreme Court's 2010 case, Morrison v. Nat'l Austl. Bank Ltd., 130 S. Ct. 2869 (2010), which applied the  presumption against extraterritoriality to the Securities and Exchange Act of 1934.  Judge Pauley ruled that the Dodd Frank Act's anti-retaliation protections do not apply extraterritorially.  He pointed out that Liu's case, like Morrison, was a "foreign cubed" case-it was brought by a Taiwanese plaintiff against a German corporate defendant for alleged acts committed in China and North Korea.  As in Morrison, the only connection between Siemens and the United States was that the company has a class of securities (American Depository Receipts) listed on the New York Stock Exchange.  Following the Supreme Court's holding in Morrison, Judge Pauley rejected Liu's claim, concluding that there was not a sufficient basis for extraterritorial application of the Dodd Frank provision at issue.

The court also found that Liu's disclosures were not "required or protected" under the anti-retaliation provision.  The FCPA, on which his allegations were primarily based, does not itself require nor protect any disclosures made by employees.  Section 806 of the Sarbanes-Oxley Act(SOX) does grant whistleblower protection, but it does not apply extraterritorially.  Moreover, no FCPA violations alleged by Liu could fall under section 806 of SOX, which is limited to fraud against shareholders.

The Dodd Frank's anti-retaliation provision seems to have achieved its intended purpose of incentivizing employees to disclose information to the SEC.  In 2012, the provision's first full fiscal year of operation, the SEC received 3,001 tips, which grew to 3,238 in 2013.  Moreover, a large percentage of whistleblower complaints under Dodd Frank are coming from outside the United States.  According to the report, approximately 12% of whistleblowers reporting to the SEC in 2013 were abroad.  Of the foreign tipsters, approximately 13% came from China.

In light of this decision, the scope for retaliation claims by foreign employees has been limited.  But the risk of foreign whistleblower claims remains.  Indeed, the SEC's statistics show that it has received more than 700 of them in the past two years.  Accordingly, multinationals subject to US jurisdiction should be ready to respond to such claims, and watch this space for further developments.