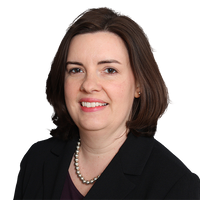 Over the past several years, we have had the opportunity to speak with many clients about the role bilateral or multilateral investment treaties, BITs for short, can play in mitigating political risk associated with foreign investments. More background on the basics is here.

Of late, it may seem like BITs are in the news for all the wrong reasons:

Is the era of BITs at an end?

Far from it. And these headlines, significant as they are, should not obscure the fact that BITs remain a key building block of an effective strategy for mitigating political risk -- and that investors continue to recover, whether by voluntary compliance, settlement or judicial enforcement, multi-billion dollar awards against states in meritorious cases.

What these developments do signal is that navigating the investment treaty landscape is becoming ever more complex.

As the world’s pre-eminent treaty arbitration practice – with specialist, multi-lingual teams throughout Freshfields’ global network handling, and winning, investment disputes in virtually every corner of the globe – we are ideally positioned to advise quickly and efficiently both on how you might maximize available investment treaty protection when making or restructuring investments and on whether a given situation affecting investments might give rise to a claim that could be brought in arbitration under an investment treaty.

Looking ahead: what are the key trends for international arbitration in 2017?
Elizabeth Snodgrass
Recent posts from Freshfields Risk & Compliance