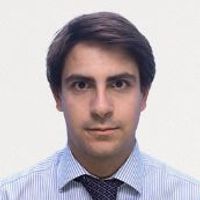 Health Secretary Jeremy Hunt was unequivocal when he told the House of Commons Health Committee at a 24 January oral evidence session for its ‘Brexit and health and social care’ inquiry that he did not expect the UK to remain subject to the jurisdiction of the European Medicines Agency (EMA) following Brexit. He was equally clear that the continuing need to submit to decisions of the European Court of Justice (ECJ) was the sticking point.

But he was rather less clear about what the full implications of this might be.

The EMA, which is currently based in London, oversees the EU’s pharma regime. The Health Committee’s questions focussed on the narrow question of whether the organisation would move headquarters once the UK has left the EU. But it is what happens if the UK leaves the pharma regulatory regime itself that is of greater significance.

The government’s White Paper on “The United Kingdom’s exit from and new partnership with the European Union”, published on 2 February – soon after Mr Hunt’s appearance before the Health Committee – states that the Government will “discuss with the EU and Member States our future status and arrangements” with regard to a number of EU agencies, including the EMA.

Mr Hunt told the committee that he would “argue for the closest possible regulatory equivalence” between the EU and UK pharma regimes after Brexit, and talked about “mutual recognition” of decisions made by the EMA, on the one hand, and the  UK’s Medicines and Healthcare products Regulatory Agency (MHRA), on the other.

But this provides little clarity. While mutual recognition agreements (where one country agrees to accept the results of product testing and certification by another, and vice versa) are a common feature of international trade frameworks, “regulatory equivalence” is a specific status granted by the EU under certain regulations. It provides enhanced access to EU markets, where the EU decides that a non-EU country’s regulations in a particular sector meet the same outcomes as its own.

The difficulty with these arrangements is maintaining regulatory alignment in the long term. It’s hard to see how that can be done without some reference to EU case law and legal concepts, both pre-Brexit, and as they evolve after it. That sits uneasily with the government’s position on the ECJ, but neither the Health Secretary, nor the committee, was able to explain at this stage how this would work. As with so much else, further clarity is likely to come only once we know more about the outcome of the exit negotiations.