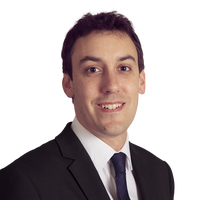 Unaoil recently sought to challenge the way in which the UK Serious Fraud Office sought assistance from authorities in Monaco, to carry out raids, seize materials and interview individuals in the principality. Whilst that challenge was unsuccessful (as we reported on here), the matter shines a light on one of the many ways the criminal authorities cooperate across borders when investigating potential misconduct in the corporate context.

Here, we briefly look at some of the ways regulators and prosecutors are working with their counterparts at home and abroad.

Multi-party MOUs also exist, such as the International Organization of Securities Commissions’ Multilateral Memorandum of Understanding Concerning Consultation and Cooperation and the Exchange of Information, which currently has 112 signatories from around the world.

MOUs are not legally binding, but they show a shared commitment and provide guidelines allowing authorities to share information more quickly and efficiently than would otherwise be the case.

UK authorities also have a number of statutory powers that allow them to share information with each other in the UK and internationally (known as ‘information gateways’).

Information sharing is, however, subject to limits. For example, there is a restriction that prevents the UK’s Competition and Markets Authority from sharing information it has received unless that information is to be used in criminal proceedings.

Limits are even more stringent where information is being shared cross-border, for example where the disclosing authority must also consider protections related to self-incrimination and personal data.

MLA allows countries to co-operate formally and assist each other in investigating or prosecuting criminal offences. This was the route adopted by the SFO in the Unaoil matter. Assistance might include evidence sharing, conducting interviews, requesting search warrants or freezing assets.

MLA requests are resource-intensive and sometimes slow, so are often only used where authorities have exhausted quicker, more informal methods of co-operation or where they require formal evidence for legal proceedings.

Authorities work together in a number of different ways. In addition to the formal channels described above, there are informal channels of communication to share intelligence and expertise (including secondments between agencies like we’ve seen between the SFO and the US Department of Justice).

Companies should proceed on the assumption that authorities share (or will share) information and materials. Accordingly, when faced with an issue that touches more than one jurisdiction, a coherent strategy for dealing with multiple authorities should be formulated from the outset.

For more on cross-border cooperation and strategies for dealing with multiple authorities, see our chapter "Co-operating with Authorities: The UK Perspective" in GIR's recent publication The Practitioner's Guide to Global Investigations.