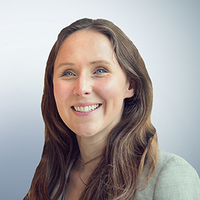 This week saw the publication of the UK Pensions Regulator’s (tPR) Annual Funding Statement. It is clear from this statement that tPR’s stance on the payment of dividends by companies which sponsor underfunded defined benefit pension plans continues to harden.

In recent years we’ve seen a seeming shift in the attitude of tPR when it comes to the payment of dividends by businesses which are not distressed but which have constraints on the deficit repair contributions they can afford to make to any underfunded UK pension scheme. Whilst historically we did not tend to see much regulatory action in relation to such businesses, in the last few years tPR has become more proactive in getting involved and considering the exercise of its regulatory powers to require cash to be put in to a pension plan or for support to be put in place where the employer does not have enough resources or is a service company.

This most recent statement builds upon this theme, with tPR saying it is “likely to intervene” where it believes schemes are not “treated fairly”. The statement reveals that tPR sees itself as likely to get involved where a pension plan’s recovery plan end date is extended in a manner that tPR considers unnecessary. It also expects to get involved where the employer covenant is constrained and payments to shareholders are prioritised, impacting on the affordability of contributions to the pension plan.

The recent Green Paper made no specific mention of restricting the payment of dividends by employers, but did raise for consultation the question as to whether it should be necessary for businesses to consult with the trustees of any underfunded pension plans in the group prior to the payment of any dividends.

We do not expect this to be the last that we hear on this issue, but for the time being businesses would be prudent to give close consideration to the status of any underfunded UK defined benefit pension plans and the risk of regulatory action when considering making any returns to shareholders.