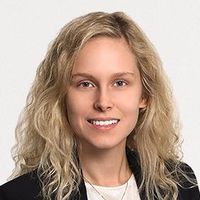 Global companies don’t like to have their disputes heard in US courts – the costs are high and the risks higher. For anyone who has ever asked “What in the world is a US court doing hearing this case?” there is good news. In recent years, the Supreme Court of the United States pulled back the reach of US courts’ jurisdictional reach. This trend has been driven by a desire to deter plaintiffs from forum shopping, or “legal tourism.” With Justice Gorsuch’s recent nomination, the scaling back of the jurisdictional reach of US courts is likely to continue.

In 2014, the Supreme Court decided Daimler A.G. v. Bauman, which limited the general jurisdiction of a business to only states where it is “at home” (i.e., the company’s State of incorporation and its principal place of business). Since this decision, it has proven extremely difficult to establish general jurisdiction for a business outside those states. On the specific jurisdiction side, the Supreme Court has decided Walden v. Fiore. Walden emphasized that a defendant must “purposefully avail” themselves of the forum with respect to the subject matter of the specific case. The Court reasoned that specific jurisdiction may not only arise out of plaintiff’s interactions with defendants.

Despite the number of recently decided cases on personal jurisdiction, it still is a developing area of the law. Most recently, the court held arguments on two cases that will further clarify general and specific jurisdiction: Bristol-Myers Squibb v. Superior Court of California and BNSF Railway Co. v. Tyrrell.

Bristol-Meyers Squibb addresses the issue of whether a plaintiff’s claims must be caused by a defendant’s activities in the forum state for those claims to “arise out of or relate to” the defendant’s activities. In granting jurisdiction, the Superior Court of California adopted a “sliding scale” approach that many believe broadens person jurisdiction and conflicts with the Supreme Court’s previous holding in Walden.

BNSF Railway Co. v. Tyrrell deals with general jurisdiction, in which the Supreme Court will decide whether Daimler applies to domestic businesses (the defendant in that case was incorporated outside of the US) and whether a federal statute may give state courts the right to exercise general jurisdiction over defendants who are not “at home” in that state.

When decided, both of these cases will have far-reaching impacts on personal jurisdiction and how it is applied by US courts. We will continue to provide updates as they arise.

By Tim Harkness and Weronika Bukowski