The UK has today published its position paper on civil judicial cooperation in the context of upcoming Brexit negotiations. 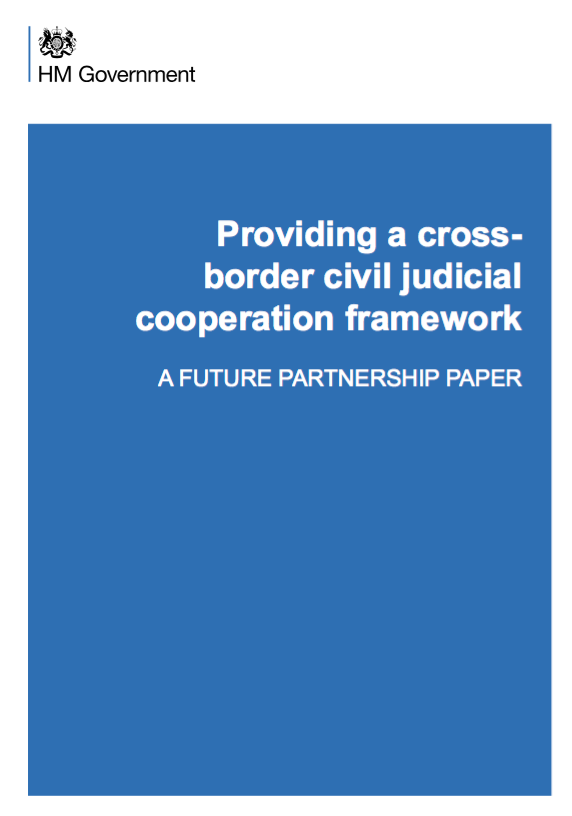 As expected, the UK will remain a party to existing civil justice cooperation measures including the Lugano Convention on recognition of judgments and the Hague Conventions on private international law.

But it has been recognised that these Conventions alone will be insufficient: “Existing international conventions can provide for rules in some areas, but they would not generally provide the more sophisticated and effective interaction, based on mutual trust between legal systems, that currently benefits both EU and UK business, families and individual litigants”.

It is made clear that the UK will also be seeking an agreement allowing for “close and comprehensive cross-border civil judicial cooperation on a reciprocal basis”.  The reason for doing so is put beyond doubt: “[t]he best way to ensure legal certainty for both UK and EU citizens and businesses as we leave the EU is to facilitate a smooth transition to a new relationship in civil judicial cooperation”.  Or, in the words of the Lord Chancellor today: “An agreement on future civil judicial cooperation would be a clear demonstration by both sides in the negotiation that we are indeed putting citizens first. Such a deal could also be one of the first elements of that deep and special partnership with the EU27 – our friends and neighbours- that we look to build for the future.”

This makes good sense and will be welcomed by many (the exception being those who wanted, in this context, the UK’s future relationship with the EU27 to be based solely upon multilateral conventions).  The challenge is how the stated ambition is to be achieved.

One contentious issue this paper doesn’t resolve is the future role of the CJEU (a further paper on this is expected later this week).  For now, all we are being told is that: “Leaving the EU will therefore bring an end to the direct jurisdiction of the CJEU in the UK” (the key word here being “direct”).

We’ve published proposals on how we can continue to work with our EU partners to resolve civil judicial issues https://t.co/bXBGrcXQ9w pic.twitter.com/efu1SC1MNg