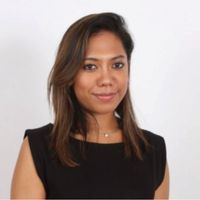 The Criminal Finances Act 2017 has introduced two new corporate criminal offences of failing to prevent the facilitation of UK and foreign tax evasion by “associated persons” (including employees, third party agents and potentially contractors, sub-contractors and temporary workers) which came into effect on 30 September 2017.

Essentially, corporates and partnerships will commit an offence if:

•an “associated person” of the relevant entity acting in that capacity deliberately and dishonestly facilitates the tax evasion; and

•the relevant entity does not have reasonable procedures in place to prevent facilitation by its “associated persons” (which is the sole statutory defence).

Both offences can result in an unlimited fine being imposed as well as convicted entities being subjected to ancillary orders, including confiscation orders and serious crime prevention orders. Deferred Prosecution Agreements may also be used whereby prosecution of the relevant entity is suspended subject to certain conditions e.g. paying a financial penalty.

HMRC and the Law Society have both published guidance on the potential issues raised by this new regime – what is clear is that even before these offences came into effect, relevant entities were expected to undergo a robust risk assessment, identify the major risks and to have a clear implementation plan and timeframe in place to deal with those risks. The UK Government has made it clear that this cannot be a one-size fits all approach, and relevant entities will continually need to give careful consideration to their particular risks of evasion and facilitation and tailor their approach accordingly.  HMRC has also published guidance on self-reporting by relevant entities – essentially, authorised representatives of a relevant entity can report on behalf of such entity if any of its “associated persons” have facilitated criminal tax evasion – the report would be made to HMRC when it concerns UK tax offences and to the Serious Fraud Office when it relates to foreign tax offences. Whilst self-reporting doesn’t necessarily mean that the relevant entity will avoid prosecution, it could potentially: (i) form part of the relevant entity’s defence; (ii) be taken into account by prosecutors when making decisions about prosecution; and (iii) be reflected in any penalties, if applicable.

These offences demonstrate the UK Government’s resolve to crack down on tax evasion and its facilitation in the UK and globally particularly in the light of increasing public focus on this issue. It therefore comes as no surprise that these are “strict liability” offences i.e. no proof is needed of the involvement of the “directing mind” (essentially management) of the relevant entity. In such context, there is every expectation that law enforcement authorities will actively investigate and prosecute such offences, and as such it is extremely important for businesses to have reasonable procedures in place such that the sole statutory defence is potentially available should the need ever arise.