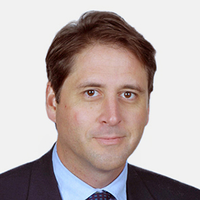 On 18 October 2017, the Government introduced the Sanctions and Anti-Money Laundering Bill in the House of Lords.

The detailed explanatory notes that accompany the Bill explain that the proposed new domestic powers set out in the Bill are intended to enable the UK to continue to meet its international obligations to implement United Nations sanctions regimes, and also to implement sanctions which have not been put in place at UN level (such as EU autonomous sanctions). Otherwise the UK would be unable after Brexit to co-operate with its international allies in using sanctions as a foreign policy and national security tool.

The implementation of financial sanctions in the UK is currently largely dealt with through the European Communities Act 1972, which will be repealed once the UK leaves the EU.  The UK also currently relies on the European Communities Act 1972 to transpose EU Directives relating to money laundering and terrorist financing. Therefore the Bill contains new powers to make, amend and repeal relevant regulations – to enable the UK after Brexit to continue to update these regimes to address emerging risks and otherwise reflect international standards.

The Bill, although detailed (it runs to over 50 pages), essentially provides enabling powers for Ministers to make regulations, leaving much of the important details to be elaborated in future legislation which has yet to be published.

Notably, the Government’s formal ‘Impact Assessment’ (that purports to assess the impacts of the Bill on relevant private sector organisations, etc.) states that “[t]he Government intends to make provision through the Bill to extend the criminal offence of not reporting information [e.g. on sanctions breaches and / or knowledge about persons targeted by asset freezing measures] to everyone (i.e. all natural and legal persons).”  Whilst the Impact Assessment maintains that extending the reporting obligation in this way would not create a new reporting requirement (on the basis there is already an existing general obligation under EU sanctions to report information that would ‘facilitate compliance’ with the regulations), the fact is that the extension of a mandatory reporting obligation to everyone, backed up by criminal offences for failure to comply, would be a new requirement for many businesses which hitherto had only to consider whether to make voluntary disclosures of such information.

We are continuing to monitor developments.

How will the UK impose sanctions post-Brexit? The Government provides a bit more detail as to its plans
Daniel Lawrence
Recent posts from Freshfields Risk & Compliance