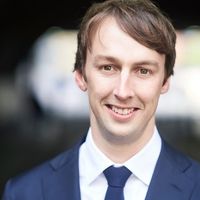 Diving into the detail – and complexity

As well as providing further detail in a number of key areas – to the considerable assistance, no doubt, of future litigants and complainants – the decision exposes a number of legal and factual complexities that were not apparent from the materials released publicly by the Commission earlier this year.

The full decision exposes, for example, difficult factual and legal questions about the relationship between the Google "shopping unit" (which appears at the top of a Google search results page) and the Google Shopping sub-domain page (which can be navigated to in a similar way to Google Maps), and their relationship with Google's paid "AdWords" advertising service.

It also addresses more fundamental questions about Google's rights and obligations when implementing algorithm changes that are targeted – most relevantly – at maximising “original content” as opposed to aggregator or meta-search sites in Google's general search results.

Legal analysis – Back to basics

The full decision also confirms the suggestion in the materials released earlier this year that the Commission has taken a relatively broad-brush – and first-principles – approach to the test for abuse of dominance.

In particular, the Commission has not sought to fit the relevant conduct into established (and pre-existing) categories of abuse of dominance – such as discrimination, constructive refusal to supply, tying/bundling, etc – and has instead fallen back on the fundamental notions of Google's special responsibility as a dominant player on the general search market; its presence in the related specialised search market; and its failure to compete 'on the merits' in that related market.

The correct legal framework – together with the application of that framework to the facts – will clearly be a key battleground in Google's forthcoming appeal of the Commission's decision.

Alongside its appeal, Google has put forward a proposal for bringing the conduct to an end (which has been roundly criticised in many quarters).  A number of potentially affected shopping comparison sites have also commenced follow-on damages actions in the English Courts and elsewhere, and more may follow.

And outside of the shopping sector, the Commission is at an advanced stage of two other investigations into Google (in relation to Android and AdSense) and has indicated that the shopping decision might act as a framework for claims or investigations in other specialised search markets in which Google is active (such as flights).

The clear message, then, is that Google antitrust issues will remain a key feature of the European competition law, policy and enforcement landscape in the months and years ahead.  Watch this space!