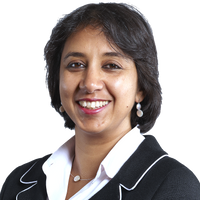 The anticipated European Commission’s report (CR) on implementation of its 2013 Recommendation on collective redress (Recommendation) (see 10 Key Themes “Antitrust litigation” chapter) was published on 25 January 2018.  The supporting study with information from all Member States is awaited.

The Recommendation covered injunctive class redress (stopping illegal behaviour) and compensatory class redress (seeking damages suffered as a result of the illegal behaviour).  Many of its provisions have been taken into account in Member State laws though, it is fair to say, not to the extent hoped for.  The provisions as to the standing required to bring representative action and precluding punitive damages have been followed in the Member States.  Others such as claims being verified as soon as possible, the loser pays principle and effective enforcement of injunctions have been implemented in differing ways in the Member States.  The Recommendation has, at least, generated the discussion within Member States the Commission had hoped for, leading to countries such as Belgium, Lithuania and, more recently, Slovenia introducing collective action regimes where none previously existed.  Other countries, such as France and the UK, have changed their pre-existing schemes. In total, currently nineteen Member States have implemented compensatory collective redress across various sectors.

As expected, the Commission intends to continue seeking to protect consumers while being mindful of bogus claims. It intends to promote further the Recommendation principles both as to availability of collective redress actions in national legislation and providing the necessary safeguards against abusive litigation. It is going to carry out further analysis on key aspects such as funding of collective actions. Finally, the Commission will be following up the CR with an initiative, again as trailed in 10 Key Themes, on “New deal for consumers”.  We anticipate that this will propose further legislation on consumer redress in cases of mass harm by way of legislative instruments with greater teeth than recommendations which are non-binding and declaratory.  We believe the new legislation will aim to deliver a step change in consumer class cases.

Given the growing interest in this area at a legislative level in numerous countries, we will be discussing managing global group claims risk in a rapidly evolving landscape at our next client Risk Academy.  Please contact Ashmita Garrett if you would be interested in attending.