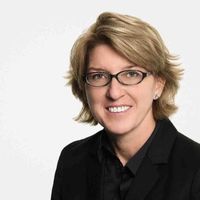 On Monday, 19 March 2018, the Singapore Parliament passed the Criminal Justice Reform Act, which among other things, enacts a framework for Deferred Prosecution Agreements into the current Criminal Procedure Code. The new law largely copies provisions from the U.K. DPA law,[1] with a few key differences: (1) Singapore DPAs will apply to far fewer criminal offences, and (2) the law does not require Singapore prosecutors to issue guidelines on when a DPA is appropriate, and in keeping with historical practice, Singapore is unlikely to issue such guidelines covering exercise of prosecutorial discretion.

Nearly identical to the U.K. legislation, the Singapore law includes provisions on: persons who may enter a DPA (corporates, but not individuals), court approval if the DPA is “in the interests of justice” and the terms are “fair, reasonable and proportionate,” breach, variation of terms, expiry, publication of information (the DPA, a statement of facts and the court approval will all be made public), use in criminal proceedings, and the use of money received.

The Singapore law provides for DPAs to contain expected content such as a financial penalty, compensation to victims, disgorgement, and implementation of a compliance program. Notably, the Singapore law also includes specific mention of appointment of monitors, which have never been used in a criminal context in Singapore.[2] The law also includes language requiring ongoing cooperation in any investigation relating to the alleged offence or other offences arising from the same or substantially the same facts. This is similar to DPAs in the U.S., which regularly require cooperation for the investigation at issue and other investigations focusing on the same type of criminal conduct that are conducted during the term of the DPA.

Crimes that will qualify for DPA consideration include Singapore’s primary corruption,[3] money laundering,[4] and receipt of stolen property offences,[5] but not the primary fraud offence of cheating.[6] The absence of the cheating offence may be an acknowledgement that it would be nearly impossible to bring such a charge against a corporation where fraudulent and dishonest intent must be proven. It may also be a signal that Singapore is set to replace the antiquated cheating statute with more modern legislation along the lines of the U.K. Fraud Act 2006 in potential amendments to the Penal Code expected later this year.

Finally, it’s worth noting that, at this time, Singapore has not proposed any amendments to the standard for corporate criminal liability, which has closely followed the English common law “identification principle,” namely that at least one individual who is sufficiently senior to be considered the company’s “directing mind and will” had the relevant criminal intent. That could present a huge hurdle for prosecutors wanting to use the new DPA regime where a company wants to challenge corporate attribution. Companies should not readily agree to a DPA in Singapore without giving serious consideration to whether prosecutors could actually make their case without consent. On the other hand, this may signal that further amendments to the Penal Code are coming later this year, which may include new corporate criminal attribution rules.

[2] Quasi-monitors have been used in regulatory enforcement by the Monetary Authority of Singapore.

Following the global settlement for Keppel with the United States and Brazil, it was inevitable that Singapore would formally adopt a deferred prosecution regime.