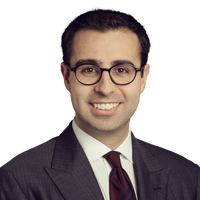 Against a background of increasing regulatory and public scrutiny of digital businesses, the European Commission (Commission) has now published its long-awaited proposals to regulate online platforms and search engines. The wide-ranging proposals would apply to e-commerce marketplaces, app stores, social media for business and price comparison tools that provide services to businesses and consumers in the EU, regardless of where these platforms or search engines are established.

Various interest groups have been lobbying for and against greater regulation of online platforms for some time, and the Commission has been considering various ways in which it might want to intervene. In the end, the published proposals opt for a principles-based framework, towards the lighter end of the potential spectrum of options under consideration (as outlined in our annual review of key trends in global antitrust).

Under the proposed Regulation, online platforms would have to ensure that their standard terms and conditions are clear and easily accessible and include a significant amount of detailed information on a variety of areas, such as the objective grounds for decisions to suspend or terminate services, differentiated treatment to related entities and the grounds for any restrictions on the ability of business users to offer different conditions to consumers through means other than the platform.

One of the cornerstones of the proposed Regulation is a set of duties on ranking, i.e., relative prominence given to goods or services provided by business users or websites indexed for consumers. Online platforms and online search engines have to provide information on how their ranking system works, but this obligation ends where business secrets would be revealed.

The Commission’s aim is to ensure that platform business users have access to immediate and effective redress, both through complaints and dispute resolution. The proposal sets out a complete package for complaints, from access to complaint handling processes in case of non-compliance with the Regulation to duties of online platforms once a complaint has been filed, all the way to reporting on how these processes are working.

The proposal would also enable business users to have recourse to mediation and allows organisations, associations or public bodies to bring proceedings before national courts on behalf of business users.

Enhanced monitoring: all eyes on online platforms and search engines

These obligations are not the end of the story. The Commission is encouraging online platforms to draw up Codes of Conduct to contribute to the proper application of the Regulation. Simultaneously with the proposal, the Commission has created an EU Observatory of the Digital Platform Economy which is tasked with monitoring the evolution of the online platforms environment.

The proposal includes a review clause allowing the Commission to evaluate the Regulation every three years after its entry into force. Failure to engage on Codes of Conduct and repeated non-compliance may lead the Commission to use this clause to introduce tougher enforcement powers.

Does the proposal move the dial?

The proposed Regulation would create important challenges for online platforms and online search engines. Digital businesses have been identified by the Commission and other competition authorities as an enforcement priority. Although some may hope that these proposals will take some of the heat away from the sector they seem unlikely to deter future antitrust enforcement; indeed the proposal may provide indications as to possible areas for future investigations.

The proposal is likely to spur debate in a number of areas, in particular around the implications of the expected increase in transparency and harmonisation among platforms, the extent to which it is appropriate to apply the rules on ranking across the board, despite the lack of a finding of market power (given that the rules are similar to some of the remedies imposed by the Commission in abuse of dominance cases) and the potential for the development of a more litigious environment. Those stakeholders that called for more intensive scrutiny of platforms are expected to seek to expand the proposals as they are debated further, for example by creating a general duty on online platforms and search engines to treat their users in a fair, objective, reasonable and non-discriminatory way. Such ideas will continue to be strongly resisted by platform businesses, which will point to the potential chilling effect on innovation that may follow.

The proposal will now go through the European Parliament and the Council, who will introduce amendments to the text. Since the next European elections are in May 2019, there is an incentive for the European Parliament to complete its review by March next year, before election campaigns begin. A number of Member States support the objective of regulating online platforms and search engines more closely and, therefore, may be expected to push for the adoption of the Regulation sooner rather than later.

While authorities are well aware of the fact that online platforms have brought many benefits to today’s society, they have also observed that online industries where big data plays a key role often show a high degree of market concentration and, in certain circumstances, that big data might be the source of market power, potentially raising barriers to entry. Agencies are concerned that today’s disruptors might hinder the development of tomorrow’s disruptors. Gian Luca Zampa, Antitrust Partner, Rome