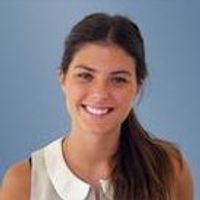 Further to the European Court of Justice (ECJ) ruling in Porras Guisado v Bankia S.A C-103/16, which addressed the questions referred by the Cataluña Superior Court of Justice (SCJ) regarding the protection of pregnant women against dismissal in Spain, and on which we reported last February, the SCJ has now rendered a resolution implementing the European decision.

There are two different issues which are the subject of this case:

1. whether the company should have granted the employee a priority status or not in the course of the collective redundancy; and

2. whether the reasons alleged in the redundancy letter were sufficient or not.

On the first issue, the SCJ concluded that:

Therefore, the SCJ understands that, on the basis that Directive 92/85 cannot be directly applied in this case, the dismissal is correct under Spanish law and that the only remedy available would be to bring up a damages claim against the State.

As regards whether the reasons stated in the redundancy letter are sufficient or not:

On the basis of the abovementioned conclusions (i.e. there were enough objective reasons alleged and under Spanish law the employee should not be granted a priority status), the SCJ considers the dismissal fair.

From our point of view, and as stated in our comment to the ECJ’s ruling, this resolution opens the path to a potential legislative modification providing more protection to pregnant women and bringing the national legislation closer to the European one.