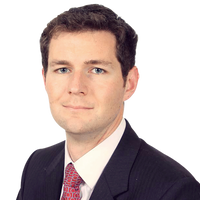 The Court of Appeal has handed down its judgment in AAA & Others v Unilever PLC and Unilever Tea Kenya Limited [2018] EWCA Civ 1532, upholding the decision at first instance to strike out the claims against Unilever, albeit on different grounds.

The case deals with parent company liability for acts primarily associated with foreign-registered subsidiaries. It is the latest of three recent appeal judgments on this issue, along with Lungowe v Vedanta Resources PLC [2017] EWCA Civ 1528 and Okpabi v Royal Dutch Shell PLC [2018] EWCA Civ 191 (see here for discussion of those cases).

The Unilever Claimants alleged that UK-registered parent company Unilever PLC (UPLC) and its Kenyan-registered subsidiary, Unilever Tea Kenya Limited (UTKL), were each liable to UTKL employees and their families for a failure to adopt adequate safeguards to protect them from the ethnic violence that erupted in Kenya following the 2007 presidential elections.

We considered the first instance judgment here. Laing J. had dismissed the Claimants’ case, which required them to demonstrate a “good arguable claim” against UPLC in order to establish jurisdiction for the English Courts to hear the claims against both UPLC (as an “anchor defendant”) and UTKL (which the Claimants alleged was a “necessary and proper party” to the claims against UPLC).  The High Court decided, at a preliminary hearing, that the Claimants’ claims in negligence against UPLC did not meet the necessary threshold, since UPLC did not owe a duty of care to the Claimants in respect of the alleged failings. In particular, the events in issue were not sufficiently foreseeable to either UPLC or UTKL and it was not “fair, just and reasonable” to impose such a duty on UPLC (constituting two heads of the tripartite Caparo v Dickman [1990] 1 All ER 568 test to determine the existence of a duty of care, together with proximity). The Claimants subsequently sought to appeal these findings.

In response, Unilever also argued that Laing J. should have found that there was no duty of care owed by UPLC on the additional ground that, contrary to her view, there was no proximity between UPLC and the Claimants in respect of the damage suffered. Unilever also challenged the finding that the English Courts would be the appropriate forum if viable claims existed against UPLC and UTKL.

A unanimous Court of Appeal held that Laing J. had been correct in her conclusion that UPLC did not owe the Claimants a duty of care in negligence and that the Claimants were therefore unable to demonstrate a properly arguable case. The Court had therefore been entitled to strike out the claims against UPLC and UTKL on this preliminary issue without progressing to trial. However, in dismissing the Claimants’ appeal, the Court formulated its decision on different grounds. It held that the evidence relied upon by the Claimants failed to disclose a level of control by UPLC over UTKL’s operations that was sufficient to warrant the imposition of a duty of care. The relationship did not have sufficient proximity.

As in Okpabi, the Court of Appeal distinguished between a parent company with a group-wide system of mandatory policies in place to ensure that proper controls were adopted by its subsidiaries, and circumstances where a parent company sought to exert control and influence directly over the relevant subsidiary. Where the subsidiary retained day-to-day responsibility for its operations, the existence of group-level policies was not in itself sufficient to establish a duty of care owed by the parent company to those affected by the relevant activities. Additional steps to exert operational control directly over the subsidiary would be required before a duty of care could exist.

On the evidence before it, the Court concluded that UPLC did not have superior knowledge or expertise in relation to the security risks. While UPLC imposed various requirements on its subsidiaries in relation to risk preparedness and planning, the relevant operating procedures were developed and implemented at subsidiary-level.

The Court cautioned that, while the circumstances identified in Chandler v Cape Plc [2012] EWCA Civ 525 provided helpful guidance, they should not be treated as a separate test, distinct from general principles, for the imposition of a duty of care in relation to parent company liability:

“A parent company will only be found to be subject to a duty of care in relation to an activity of its subsidiary if ordinary, general principles of the law of tort regarding the imposition of a duty of care on the part of the parent in favour of a claimant are satisfied in the particular case. The legal principles are the same as would apply in relation to the question whether any third party (such as a consultant giving advice to the subsidiary) was subject to a duty of care in tort owed to a claimant dealing with the subsidiary.”

The Court of Appeal also identified two broad scenarios which might give rise to parent company liability:

“Although the legal principles are the same, it may be that on the facts of a particular case a parent company, having greater scope to intervene in the affairs of its subsidiary than another third party might have, has taken action of a kind which is capable of meeting the relevant test for imposition of a duty of care in respect of the parent. The cases where this might be capable of being alleged will usually fall into two basic types: (i) where the parent has in substance taken over the management of the relevant activity of the subsidiary in place of (or jointly with… the subsidiary's own management; or (ii) where the parent has given relevant advice to the subsidiary about how it should manage a particular risk.”

Given its finding in relation to proximity, the Court decided that it was unnecessary to revisit Laing J.’s other findings in relation to the duty of care; namely the lack of foreseeability and that it would not be fair, just and reasonable to impose a duty.

The judgment provides additional clarity regarding the difficulties to be faced by Claimants seeking to bring proceedings in the English Courts against a UK-registered company for activities occurring abroad and primarily relating to a foreign-registered subsidiary. However, this judgment (and those in Lungowe and Okpabi) leaves open the possibility that UK-registered companies may still be found liable in negligence in English proceedings for acts occurring overseas. This will depend on whether there is a duty of care, as the Court of Appeal found to be the case in Lungowe. The success of proceedings will therefore depend upon the specific facts. However, as each of these judgments demonstrates, the degree of control exercised by the UK-registered parent is likely to have significant importance. Where it is possible to demonstrate that the UK parent has assumed a sufficient degree of responsibility for the actions of its subsidiary, this will typically support a finding that a duty of care is owed.

The judgment offers a further reminder of the risks facing UK-registered companies with a significant foreign presence, particularly where this involves manufacturing, extractive or other resource-based operations. The obvious benefits of utilising UK-registered entities for these activities therefore need to be balanced against possible litigation risks.  In addition, the appeal and first instance judgments in Unilever leave open the possibility of foreign subsidiaries also being subjected to the scrutiny of the English Courts where there is an English anchor defendant, or England is otherwise deemed the “proper place” to bring such claims. It is therefore important that, even where activities are conducted through a locally incorporated operating company, businesses retain a focus on conducting appropriate risk audits and adopting other types of risk mitigation.