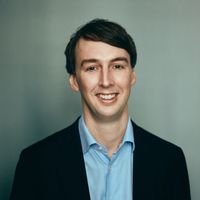 The English Court of Appeal has today found that a right of appeal – on a point of law – lies from a decision of the Competition Appeal Tribunal to refuse certification of collective proceedings for breaches of competition law under the Consumer Rights Act 2015.

This decision will be of significant interest to those monitoring the development of the new collective proceedings regime for breaches of competition law that was introduced in the UK in 2015.

Basis for the decision

The Court of Appeal has found that the decision to refuse certification of collective proceedings is a decision “as to the award of damages”, and therefore a right of appeal on a point of law exists, because it denies the proposed class representative the “unique remedy” of an aggregate award of damages under s47C(2) of the Competition Act 1998.

It is unclear from the Court’s decision what right of challenge will be available in cases where – as will sometimes be the case – an aggregate award of damages is not sought in collective proceedings.

In the particular case at issue – a very large proposed collective action brought by Walter Merricks CBE against Mastercard that was dismissed by the Tribunal in July 2017 – the Court of Appeal has yet to determine whether Mr Merricks has permission to appeal and, if so, whether his appeal is successful.

Those two issues will be determined at a ‘rolled up’ Court of Appeal hearing next year, which will be watched keenly by all of those with an interest in the development of the new antitrust collective proceedings regime in the UK.