Key senior figures in UK economic crime enforcement gathered recently to give evidence to a Parliamentary Select Committee, including the Director of the Serious Fraud Office, the Director of Public Prosecutions (DPP) and Sir Brian Leveson, the senior judge who has approved all four of the UK’s deferred prosecution agreements (DPAs) to date.

The revealing sessions focused on the Bribery Act (which is the subject of the committee’s review), but they also examined some broader economic crime issues.

Below are some of the headline points discussed.

If a company can show it had ‘adequate’ prevention procedures then it will have a complete defence to the s.7 offence of a corporate failure to prevent bribery. But there is an oft-repeated concern that a company’s procedures, almost by definition, might never be considered adequate in circumstances where its employees or agents have, in fact, engaged in bribery for the company’s intended benefit. This, of course, cannot be correct because it would render the statutory defence meaningless. But it does beg the question—how should a criminal court and its jury interpret the word ‘adequate’?

For a start, the DPP helpfully noted adequate was not a higher test than reasonable (although he did not articulate how the two differed). He thought ‘adequate ‘should be retained because it can be quite easily understood by business-people and juries alike. There is, however, little empirical evidence to support this second point, particularly as it relates to juries. To date, only one defendant (a small company) has argued a defence of adequate procedures before a jury (unsuccessfully, as it turned out).

But for those still scratching their heads on the meaning of adequate versus reasonable, Sir Brian Leveson’s evidence offers some comfort. He was content to adopt the suggestion by a committee member that, in a court of law, adequacy would most likely be measured against the test of what was ‘reasonable in all the circumstances’.[1] If this view is communicated more widely by the judiciary, that would give a welcome steer to businesses.

The Serious Fraud Office is ‘sufficiently resourced’ with a busy caseload

The SFO Director confirmed that, following a recent core funding boost, she has sufficient resources at her disposal to tackle the agency’s current and anticipated workload (which includes some sixty active investigations, according to the SFO’s Fraud Head).

The SFO Director acknowledged the agency has certain tech challenges, which it is actively seeking to address. This is no doubt a reference, in part, to the SFO’s acquisition in April of a new AI powered document review system to assist its investigative work.

So with the new SFO Director describing herself as an ‘avaricious’ prosecutor on several occasions, we can expect the SFO’s upward trajectory of increased enforcement to continue, at least for the near future and likely beyond.

Continued calls for a change to corporate criminal liability

The SFO Director has, evidently, taken up the mantle of her immediate predecessor in advocating for a reform to corporate criminal liability laws. She expressed strong support for an extension of the failure to prevent model to other kinds of economic crimes given, in her view, how successful its use in the Bribery Act has been in making it easier to hold companies criminally liable for bribery.

But it does not necessarily follow that what was considered justified or appropriate for bribery (or the facilitation of tax evasion, where it is also used) is similarly justified/appropriate for other kinds of economic crimes, such as money-laundering, and there are mixed views in Government on the desirability of such a change. The committee, for example, did not engage with the issue of the additional compliance burden for industry arising from such a change and whether that is proportionate to the perceived economic harm. Nor did it consider the risks for financial institutions of parallel enforcement regimes given the existing detailed civil regulatory requirements imposed on the regulated financial sector in relation to the prevention of financial crimes like money-laundering.

Greater financial incentives to encourage self-reporting? One to watch…

Sir Brian Leveson gave detailed evidence on deferred prosecution agreements—he has approved all UK DPAs to date. Little of what he said will be new or surprising to anyone who has followed the evolution of the UK’s DPA regime or read his DPA judgments.[2]

What was perhaps more interesting was a committee member’s question as to whether greater financial incentives are needed to encourage companies to self-report. Given this is a question of policy, Sir Brian Leveson declined to respond. But he did note, in earlier evidence, that the law requires the financial penalty payable under a DPA to be ‘broadly comparable’ to the fine a court would impose on conviction following a guilty plea, and the judiciary and the prosecutors must work within those boundaries when determining what penalty is appropriate.

The committee will surely be aware of the US FCPA Corporate Enforcement Policy which goes much further and offers declinations to companies that self-report, cooperate, disgorge profits and remediate (provided there are no aggravating factors), and so it will be interesting to see if that influences the committee members and if they take up this issue in their report.

The House or Lords Select Committee review of the Bribery Act is on-going, and we will continue to monitor developments.

[1] ‘Reasonable in all the circumstances’ is the test present for the other ‘failure to prevent’ offence in UK law, relating to the facilitation of tax evasion. The tax offence came after the Bribery Act, and during consultation on the relevant legislation (the Criminal Finances Act 2017) similar concerns as those set out above were expressed about the use of the word ‘adequate’—no doubt leading to the alternative wording being adopted for that offence.

[2] For example, Sir Brian Leveson emphasised the importance of cooperation, the need for a ‘full throated’ confirmation that there is no place for bribery in the business, and the need to ‘root out’ the culpable individuals (be they senior or junior)—all messages we have heard from him and the SFO on other occasions. 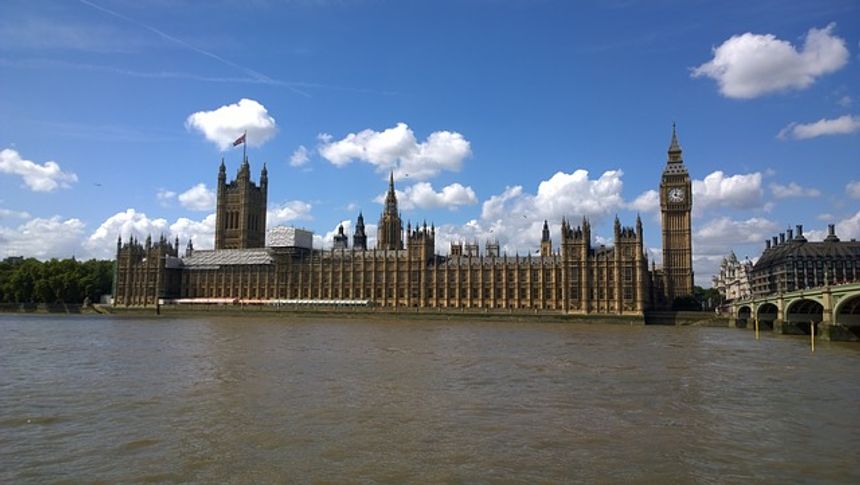