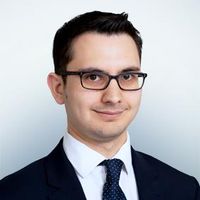 The Financial Action Task Force (FATF) has completed its report on the UK’s anti-money laundering (AML) and counter-terrorist financing (CTF) measures following an on-site visit earlier this year. The report is welcome news for the UK, finding its AML/CTF system to be generally effective and to have been significantly improved over recent years.

The four topics below, raised by FATF, may be of particular interest to financial institutions.

The UK was particularly praised for its innovative sharing of information between the public and private sectors through JMLIT, which creates a forum for frequent meetings between the largest banks and authorities to:

JMLIT is seen as successful programme for public and private sector engagement and it was cited by FATF as an example of best practice in this area. Since 2015, JMLIT has directly led to the seizure of approximately £9 million and 105 arrests.

As JMLIT’s scope is currently relatively limited and participation restricted to a small number of banks, one challenge for the UK will be how to replicate JMLIT’s success with wider private sector engagement.

FATF expressed serious concern about the resources available to the NCA’s Financial Intelligence Unit and recommended increasing staffing and technical resources in order to allow it to expand its role to conduct better analysis of SARs and actively disseminate them to law enforcement agencies. FATF also recommended that SAR reporting mechanisms be modernised. Further resources, enabling the NCA to provide prompt responses to SARs and improved reporting systems, are likely to be welcomed by the private sector.

Although the filing of defensive SARs was seen to have reduced, FATF had concerns about the quality of SARs filed, both by banks and other entities, and noted that some SARs are filed by banks wherever there are unexplained or unusual transactions, without further analysis or investigation first being conducted. FATF recommended that feedback on SARs be given to reporting entities to help them improve the quality of SARs filed.

There have been increasing calls for SAR reform in recent years, both from financial institutions and law enforcement agencies. The Law Commission consulted on SAR reform earlier this year and is in the process of developing policy recommendations. FATF’s concerns are likely to add further urgency to reform.

FATF has questioned whether firms should be reviewed more frequently under the SAMLP and PAMLP programmes and considered the level of supervision for other firms to be inadequate.

Since 2014, combating high-end money-laundering has been a strategic priority for the UK. FATF recognised that in recent years the UK has aggressively pursued investigations. Whilst this was seen to be promising, FATF noted that it is not yet clear whether the level of prosecutions and convictions for money-laundering is consistent with the UK’s AML risk profile. As a major global financial centre and the world’s largest centre for cross-border banking, the UK is seen as particularly vulnerable and at risk of being used a destination or conduit for proceeds of crime.

The UK’s increased focus on high-end money-laundering is reflected in increases to NCA resources in this area. Lisa Osofsky, SFO Director, confirmed shortly after her appointment that she intends to focus on money laundering offences in SFO investigations and will seek to recover proceeds of crime.

High-end money-laundering investigations are usually complex and may take years to bring to prosecution. If the UK maintains its focus on this key area, as it appears to intend, money-laundering prosecutions and convictions will likely increase to reflect the UK’s AML risk profile.