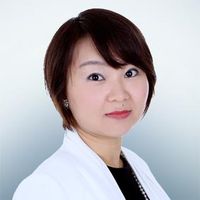 In recent years, regulators have become more and more aggressive in investigating white collar crime.  This is a worldwide trend and Japan is no exception.  There have been a number of large-scale investigations by Japanese regulators where they reportedly laid their hands on the relevant entity’s internal documents - including emails the regulators allege corroborate the allegations.  This raises the question of what information and documents could possibly be withheld from Japanese regulators when conducting investigations into sensitive issues.

Like in many civil law jurisdictions, there is no legal privilege recognised under Japanese law.  Therefore, as a general rule, Japanese investigative authorities can seize evidence that would be legally privileged in common law jurisdictions, such as attorney-client communications and attorney work product (although in the limited context of regulatory investigations into allegations regarding unreasonable restraint of trade, such as cartels and bid-rigging, the introduction of attorney-client privilege has recently been proposed by the Japan Fair Trade Commission and is now under discussion at the Diet).   However, this does not mean that companies and individuals located in Japan are completely defenceless – there are in fact steps that could be taken to mitigate the risk that such evidence could be seized.

Consider what to put in writing, with whom the document is to be shared and in which jurisdiction:  In other words, always stop to think if any particular communication needs to be in writing.  In this regard, it may be advisable for a Japanese client to seek advice from their legal counsel or forensic consultant by phone in the first instance before deciding whether written advice is needed.  It may also be worth considering designating a limited number of the client personnel as the recipients of such written advice to reduce the risk of unnecessary distribution. Further, if there are any client personnel seconded to a relevant jurisdiction where legal privilege is recognised, it may be appropriate for them to receive written advice, although it is important to ensure that such documents do not stray into other jurisdictions where legal privilege is not recognised in the same form.  For example, before any email advice is sent to a secondee, it should be confirmed if their email address was generated in the jurisdiction where legal privilege exists and is not accessible from Japan.

Consider the language to be used in written communications:  If it is indeed appropriate to record a communication in writing, carefully consider word choice and tone.  In particular, care should be taken when discussing sensitive issues before relevant findings are confirmed.  Sometimes discussion can be so focused on solutions to potential issues, rather than factual findings, which could prompt comments that are capable of being misconstrued as admissions of liability / culpability.  Take into account cultural differences as well – comments based on a strong cultural tendency to demonstrate politeness could be misconstrued as agreement to a finding.

Take advantage of lawyers’ confidentiality obligations:  Japanese law does impose obligations on lawyers to keep their clients’ information confidential.  On the flip side, lawyers qualified or certified in Japan can withhold evidence that relates to confidential information obtained in the course of their mandates.  It is therefore worth considering whether to have written advice issued to Japanese qualified / certified lawyers, rather than directly to the client, be it a Japan office of the international counsel or a domestic firm acting as local counsel.

For more information on navigating the web of legal and practical issues associated with creating, preserving and disclosing documents in various jurisdictions, clients can access our Documentary Risk Control tool.