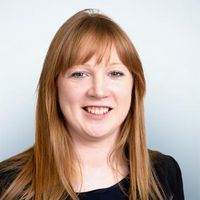 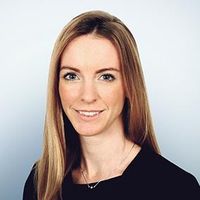 Two weeks ago Freshfields launched its international arbitration podcast series. In the first episode, ‘the complete guide to arbitration funding’, Noah Rubins, Caroline Richards and Nick Lingard discussed the growing trend of third party funding. In this blog post, we look further at the question of recovery of a claimant’s costs in a funded arbitration, focusing specifically on London-seated claims.

In the past ten years, arbitration funding has become increasingly mainstream. The proliferating market is becoming more sophisticated and complex, and the sources of funding more diverse. Where once we saw only a small number of specialist funders, the market now includes investment banks, private equity houses, and a variety of other funding outfits. And where ten years ago Freshfields saw few funded cases, the international arbitration group now works on around 12 – 15 large funded arbitrations at any one time.

One consequence of this fast evolution is that the regulatory framework has not always had time to catch up. Guiding principles around ethical and regulatory issues are emerging, but certain key issues remain only half-answered.

One such ethical/regulatory issue is whether the existence of funding (and potentially the terms of the funding arrangement) should be disclosed to the other parties and tribunal. Some jurisdictions, such as Singapore, now have express rules in place about this, and a degree of consensus seems to be emerging in some other jurisdictions. There can be pros and cons of such disclosure, which are discussed further in the podcast.

Another key question is to what extent the costs incurred by a claimant in paying its funder at the end of a successful arbitration should be recovered from the losing party.

The answer to this seems to depend in part on the funding model in place in any given case. Generally, a funder will seek to recover a multiple of their investment or a percentage of the recovery. Alternatively, they may propose a more complex structure, such as taking an equity stake in the claimant or asset. Legal counsel may also put ‘skin in the game’ and provide quasi-funding through an alternative fee arrangement, such as discounted fees with an uplift payable on success.

What does this mean for recovery of costs in a funded arbitration?

In most jurisdictions, a successful claimant can seek to recover their legal costs, as well as some other types of costs, from the other side (for example, under the English law principle that “costs follow the event”). However, where these costs are increased by virtue of the funder’s premium return or a law firm’s success fee, there may be restrictions on recoverability.

The rules governing such recovery depend in part on the seat of the arbitration. In England, sections 59 to 65 of the Arbitration Act 1996 normally apply.

(i) Recovery of legal success fees

Where a law firm offers a discount and uplift arrangement this will be recorded in a Conditional Fee Agreement (CFA). From April 2013, the Legal Aid, Sentencing and Punishment of Offenders Act 2012 abolished the recoverability of success fees under CFAs (with a few limited exceptions). The general view is that this legislation probably applies to arbitration as well as litigation – though it will be interesting to see if any cases expressly test this.

Thus, in a London-seated arbitration a successful claimant will likely have to pay any success fee due to its legal counsel either from its own pocket or from the proceeds of the award. This will not necessarily be the case in other jurisdictions (see, for example, the decision of the Paris-seated tribunal in Khan Resources v Mongolia (UNCITRAL), Award on the Merits, 2 March 2015, PCA Case No. 2011-09).

(ii) Recovery of a funder’s premium

In contrast to legal success fees, there appears to be some scope for recovery of a funder’s premium in an arbitration seated in England. The costs regime under the Arbitration Act 1996 is not limited to legal costs – s.59(1)(c) also includes “other costs of the parties”.

In the 2016 case of Essar v Norscot [2016] EWHC 2361 (Comm), the tribunal and Court interpreted ‘other costs’ to include the uplift payable to the funder, which it allowed the claimant to recover from the respondent. The Court placed significant weight on the fact that Essar’s conduct had left Norscot with no option but to obtain funding in order to bring the claim. The Court also referred to the 2015 ICC Commission Report, which states that a successful party may be entitled to recover its reasonable costs, including what it needs to pay to the funder.

Three years on from this case, it remains to be seen whether the ruling was an exception based on its unique facts, or whether it was indicative of an emerging attitude to TPF costs. Divergent views as to whether such recovery should be permitted remain, with some respondents and commentators continuing to consider that public policy concerns (eg around certainty and shifting of contractual risk) point against a general rule permitting such recovery.

It may be a while yet before institutional rules, national arbitration laws, and further case law catches up and clarifies the scope of recoverability of third party funding costs in arbitration in England and elsewhere.

The UK Supreme Court hands down its landmark judgment in Halliburton v Chubb, in which Freshfields represented the LCIA as interveners
Olivia Valner