Are sanctioned persons entitled to receive interest on sums owed to them that accrue during the period in which they are sanctioned but cannot be paid by virtue of their sanctions designation?

A recent English High Court decision held that no interest is payable.

In the 1970s, International Military Services (IMS) (a corporate entity owned by the UK’s Ministry of Defence) agreed to supply Chieftain tanks and armoured recovery vehicles to the Shah of Iran.

This arrangement was terminated on 6 February 1979 following the Iranian revolution, leading to a several-decade-long dispute between IMS, the Ministry of Defence and Support for Armed Forces of the Islamic Republic of Iran (MODSAF).

In the mid-2000s, IMS was ordered to pay £125m under an arbitral award to MODSAF. Following the award, but before the monies were paid, MODSAF was, in 2008, added to the list of entities subject to sanctions imposed against Iran under the 2012 EU Iran sanctions regulation.

As a result of the sanctions designation, IMS was – and still is – prohibited from making payments to MODSAF, including any payments arising out of the arbitral award.

The question before the High Court was as follows: when sanctions imposed upon MODSAF are lifted and payments are permitted, will IMS have to pay interest on the amounts that it owes under the arbitral award for the period since MODSAF became a designated entity in 2008?

Article 38 of the Iranian sanctions regulation provides that no claims made in connection with any contract or transaction, the performance of which has been affected by the regulation, shall be satisfied if they are made by sanctioned entities (ie MODSAF).

MODSAF argued that this did not apply in this case given the original dispute dated back to the 1970s and that the arbitral award itself (before various appeals and a ruling by the Netherlands Supreme Court) pre-dated MODSAF’s sanctions designation by nearly a decade – and so, according to MODSAF, the 'claim' did not arise from a transaction or contract whose performance had been affected by the regulation.

The High Court took a different view. It concluded that, in order to give effect to the protection offered by article 38, the courts should construe the provision broadly. As such, the High Court held that the relevant ‘claim’ affected before the High Court concerned the payment of interest accrued on the arbitral award during the sanctions period only (and which was affected by MODSAF’s designation).

On this basis, MODSAF is precluded from enforcing the interest component of the arbitral award for this period.

1. Application to other EU sanctions regimes

The High Court decided the case on the basis of the 'protection against civil claims' provision in article 38 of the Iranian sanctions regulation. EU sanctions measures typically contain an equivalent provision.

A similar protection against civil claims may therefore be available in respect of most EU sanctions regimes, depending on the precise wording.

In the future, as and when the UK leaves the EU, sanctions instruments in the UK will be created under the Sanctions and Anti-Money Laundering Act, but the courts may take a similar approach when interpreting any UK sanctions regimes in due course.

The High Court’s reasoning is likely to be persuasive in contexts where companies have payment obligations to UK and EU sanctioned entities under contracts, court judgments or other commitments, and is unlikely to be limited just to arbitral awards.

The case should therefore provide a level of comfort to any company that interest will not accrue on sums owed during the period in which the entity remains sanctioned.

3. Affirmation of OFSI guidance – but only in this instance

The conclusion of the High Court is consistent with Office of Financial Sanctions Implementation (OFSI) guidance that states that, if a court has ordered a judgment in favour of a person subject to an asset freeze, there are no licensing grounds to allow the payment to be made and the party that refuses to pay cannot be made subject to any further liability such as 'accruing interest'.

But notably, the High Court expressly recognised that OFSI cannot issue definitive guidance on how an EU or UK court will interpret sanctions regulations.

Nonetheless, OFSI guidance is likely to be persuasive, even if it only received a passing reference by the judge in this case. 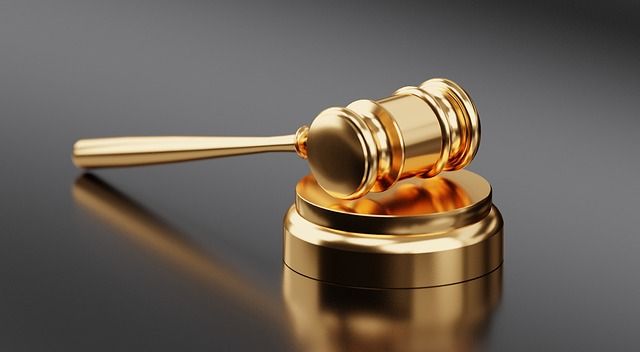