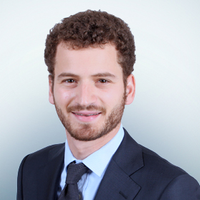 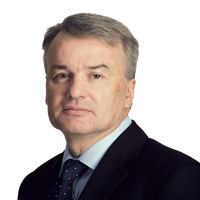 In the past year, there has been a surge in public concern about the impact of climate change. Green policies have moved from the periphery to the centre-stage. In the UK, both the Conservative and Labour parties are now competing for “green votes”, while the Liberal Democrats have recently proposed the creation of an environmental “duty of care” for companies. In the US, discussion of a “Green New Deal” continues to intensify in the ongoing Democratic Party primary.

Institutional investors are paying attention. 340 investors with almost $34tr of assets under management are now expressly asking companies to report in line with the recommendations of the Taskforce on Climate-related Financial Disclosures. Climate Action 100+, a five-year investor initiative founded in December 2017 to ensure the largest greenhouse gas emitters take steps to align with the goals of the Paris Agreement, now has the support of 373 investors with over $35tr of assets under management. Its shareholder activism has already had a significant impact.

We may be reaching a tipping point. Directors will increasingly need to consider climate change when discharging their duties:

1. Environmental concerns are becoming financial concerns. It is becoming difficult to separate environmental concerns from the long-term financial viability of a company.  Companies with exposure to fossil fuels, for example, may face significant risks if those assets become “stranded” due to increasingly stringent regulations designed to meet the Paris Agreement goal of limiting warming to well below 2C. Directors will need to consider how to mitigate their companies’ financial exposure to climate-related financial risk, bearing in mind the rapidly evolving regulatory landscape and possibility of climate-related shareholder actions under existing issuer liability regimes.

2. There is growing focus on companies’ environmental impact as a standalone concern. Irrespective of the financial implications, directors are increasingly being expected to consider environmental factors when discharging their duties. The Companies Act 2006 introduced the concept of “enlightened shareholder value”, requiring directors to “have regard” to a number of factors listed in Section 172(1), including the company’s impact on the environment (Section 172(1)(d)). For financial years beginning on or after 1 January 2019, companies considered large under the Companies Act must make a “Section 172(1) statement” explaining how directors have had regard to the matters set out in Section 172. Such statements are likely to include an explanation of how the company has considered its impact on climate change. In the coming years, focus on environmental considerations in the context of Section 172 is likely only to increase in response to growing concern among institutional investors and the wider public about the effects of climate change.

3. Climate change fits into a broader public debate about the purpose of the company. In August 2019, the US Business Roundtable issued a new Statement on the Purpose of the Corporation, which, for the first time, moved away from the traditional US focus on shareholder primacy towards a broader “stakeholder” approach,  including a recognition of the importance of environmental considerations. Debates about corporate purpose and “responsible capitalism” are likely to intensify – particularly if the British Labour Party enters government, or either Bernie Sanders or Elizabeth Warren becomes US president. Directors should consider how best to demonstrate the social “value” of their companies in the context of this evolving public debate.

It is only a matter of time before “climate compliance” commands at least the same level of attention as other corporate compliance issues. Companies that fail to adapt may find themselves wrong-footed and exposed to risk. Those that take a proactive approach to embedding consideration of the environment within their corporate cultures will ensure their companies are best placed to respond to the rapidly evolving public mood and regulatory landscape.