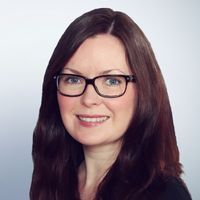 The UK’s Deferred Prosecution Agreement (DPA) regime continues to mature with the announcement of the SFO’s sixth DPA.

Under the terms of the DPA Güralp Systems Limited (GSL) accepts the charges of conspiracy to make corrupt payments and failure to prevent bribery and agrees to:

The agreement reached in respect of GSL’s corporate compliance programme is worthy of a closer look. The agreement sets out in some detail the level of reporting expected of GSL’s compliance officer to the SFO. They will be required to, amongst other things, prepare a report to the SFO within twelve months of the date of the DPA and annually thereafter (during the term of the agreement) on GSL's current anti-bribery and corruption policies and their implementation.

Of interest here is that the focus appears to be not just on the existence and design of the corporate compliance programme but on how it is to be implemented in practice, its effectiveness and the results. In particular, the SFO will expect to see evidence of:

The above is in addition to questions regarding internal reporting mechanisms and policies on investigating allegations of wrongdoing, on which GSL has also been asked to report.

It is helpful to know that this is where the SFO appears to be focusing its review of corporate compliance programmes and is consistent with the DOJ Compliance Evaluation Guidance which asks three key questions: is the programme well designed; is it being implemented effectively; and does it work in practice?  Corporates should consider how they would evidence some of these points (e.g. the level of anti-bribery and corruption awareness among its employees) if ever called upon to do so.

Consistent with the five DPA’s which have gone before it, there were no related convictions against individuals in this case (three former employees of GSL were tried but acquitted at Southwark Crown Court in December last year). For as long as this trend continues, questions will continue to be asked about the effectiveness of a regime (and a prosecutor) that obtains results against companies but is not able to convict any individuals involved in the alleged wrongdoing – even with cooperation from the companies.