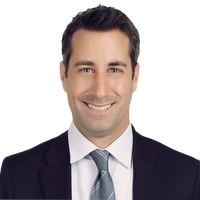 With the impacts of COVID-19 and falling oil prices ongoing, the risk of delay and disruption to construction projects in the Kingdom of Saudi Arabia (KSA) is unprecedented.

Navigating the uncertainty created by these events requires an understanding of the following legal bases under which contractors and employers can pursue and defend claims:

The parties’ first port of call should be the contract, which should generally be clearer on parties’ rights and obligations compared to the other two sources of law.

KSA law grants great deference to the terms of contracts and the commercial deal struck between the parties, provided that the terms do not conflict with Shari’ah principles or KSA statutory law. In construing contracts, KSA courts will try to seek the real intention of the contracting parties. Shari’ah law further requires that contracting parties act in good faith.

Even though COVID-19 may at first appear the obvious cause of delay and disruption, parties should not assume that this is the case. Contractors should instead undertake a proper delay analysis, and interrogate project records, to check if it was indeed COVID-19 that disrupted the project, before abandoning other contractual claims.

Proving a case for delay involves the contractor showing:

Various organisations have issued guidance on the interpretation and application of standard form contracts related to COVID-19, such as this commentary from FIDIC (PDF).

A new KSA GTPL came into effect on 1 December 2019. The Ministry of Finance issued the latest round of implementing regulations on 4 April 2020.

Both the extension of time and cost escalation regimes provided for in this new iteration of the GTPL apply to all contracts in effect (and future contracts) regardless of whether the contract was executed prior to 1 December 2019.

Article 74 of the GTPL sets out five grounds for contractors to claim extensions of time:

The Ministry of Finance issued a circular on 14 April 2020 permitting government entities to grant extensions of time for grounds 3 to 5. While the circular contains helpful guidance for contractors, it is not legally binding and so does not automatically entitle them to extensions of time.

Whether a contractor is entitled to relief will depend on:

Separately, contractors may also be able to claim for increases in contract prices under article 68 of the GTPL where:

According to the implementing regulations issued under the GTPL, a contractor must establish the following grounds to pursue a claim:

Significantly, the implementing regulations do not permit the contractor to suspend the works if a KSA government party fails to perform its obligations under the contract (including, for example, non-payment of sums due to the contractor under contracts governed by the GTPL).

Contractors are therefore advised to seek amicable solutions to address problems if the project does not have adequate appropriations.

Parties may also have rights under Shari’ah law if their contractual agreements are silent on force majeure/impossibility or if the principles are not clearly established under contract.

Should a contract contain provisions relating to the concepts below, a court will apply such provisions to the extent that they do not contradict with Shari’ah principles.

The three most relevant doctrines, all of which are roughly analogous to common and/or civil law concepts, are:

The doctrines of Quwa Qahira and Al Dhorouf Al Tari’a are closely related. There are, however, two main differences:

A legal study (in Arabic, PDF) conducted by the Saudi Contractors’ Authority in April 2020 characterised COVID-19 as an exceptional circumstance in many contracts in the KSA. This may support contractors who rely upon the Al Dhorouf Al Tari’a doctrine.

Less relevant is the doctrine of Istihala. The threshold to make a claim for ‘impossibility’ is very high, and therefore unlikely to be applicable to all but the most exceptional claims involving COVID-19.

KSA law provides numerous tools for parties to claim for extensions of time and/or costs if they are struggling to perform their contractual obligations as a result of the coronavirus situation.

While the parties’ entitlements may be clear, they must still prove their claims as a matter of fact. Parties are advised to properly substantiate claims through, among other things, establishing the cause of delay, and the causal link between the actual delay event and the works. Furthermore, parties should substantiate any costs that they intend to claim.

Perhaps most importantly, parties should create and maintain all records necessary for supporting their claims (and defences) and comply fully with contractual conditions such as notices.

This article is based on comments made at a collaborative webinar held on 20 May 2020. We are grateful to the speakers who inspired this article: Amani Khalifa, Ibrahim Attar and Bryan Dayton (Freshfields); and Stuart Baird and Adrian Dobbie-Holman (Driver Trett).