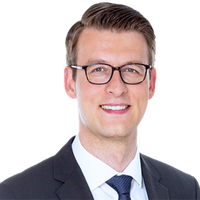 The German government has introduced significant COVID-19 tax-related measures with the aim of assisting German individuals and companies that have been adversely impacted as a result of the COVID-19 pandemic. (For further details, see our briefing.)

On 3 June 2020, the German government took a further step and announced a €130bn fiscal package to help economic recovery. The package includes 57 measures that can be split into various categories as follows:

The following summary focuses on outlining the particular measures affecting companies operating in Germany from a German tax law perspective which – apart from a measure regarding research allowance – all fall under the 'economic stimulus and crisis management package' and so are intended to have a short-term impact.

The government has announced a 'Social Guarantee for 2021' to stabilise (the sum of employer plus employee) contributions into the social security systems at 40 per cent. This is aimed at both protecting net incomes of employees and improving competitiveness of companies.

It should be noted that the measures described above have only been announced by the German government and the necessary legislative measures have yet to be adopted.

However, it is expected that a number of these measures will be introduced into the legislative process shortly in order to be passed prior to the summer break of the German parliament.