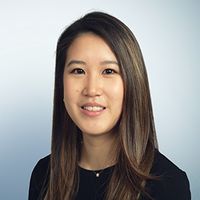 The Court of Appeal has recently confirmed the application of the principle in South Australia Asset Management Corpn v York Montague Ltd [1997] AC 191 (SAAMCO) to negligence claims against auditors.  Therefore, where an auditor was found to have negligently failed to detect management’s dishonest concealment of the claimant company’s insolvency, the auditor was liable for the losses suffered by the claimant in continuing its loss-making business.

In AssetCo v Grant Thornton [2020] EWCA Civ 1151, Grant Thornton appealed a judgment awarding AssetCo damages of just over £22.36 million in connection with the audit of AssetCo’s accounts, which was found to have been negligent.  The auditor admitted negligence, and that it had failed in its duty to identify management fraud, particularly dishonest representations and evidence as to the solvency of the company provided by senior management in the course of the relevant audits.

The losses claimed by AssetCo principally comprised of money it had advanced to its loss-making subsidiaries in the intervening years. It argued that, as a result of the negligent audit, it had lost the opportunity to put in place a scheme and restructuring at an earlier date, in which case these losses would have been avoided.

The auditor appealed the decision on three grounds, one of which was that the losses claimed by AssetCo’s were not within the scope of the auditor’s duty of care.

Application of SAAMCO to scope of duty

SAAMCO established that, in cases where a professional is responsible only for providing information on which a decision will be taken, as opposed to specific advice on the merits of the transaction overall, the professional will only be responsible for the consequences of the information being wrong and not all of the financial consequences of the transaction. This means that the claimant must show that its loss would not have occurred if the information provided had been correct.

The Court of Appeal confirmed that the cap established in SAAMCO also applies to negligent audit reports, even though the purpose of an audit is not to enable a decision to be taken in respect of a particular transaction. Audits have a broader purpose of ensuring that the affairs of the company are accurately reflected in financial documents. However, the Court of Appeal also said the SAAMCO cap should not be viewed as a rigid rule of law but rather used as a useful tool for distinguishing between a negligent audit which was “merely the occasion” for the loss, and one which gave rise to a liability to make good the loss.

In this case, the court found that the auditor’s failure to detect senior management’s deliberate concealment of the true state of the business caused the auditor to negligently issue the unqualified audit opinion and deprived AssetCo of the opportunity to call its senior management to account and take corrective action.  This was the principal purpose of the audit and the scope of an auditor’s duty is determined by reference to the purposes of the statutory requirement for an audit.  As a result, the negligence was the substantial cause of the losses claimed by AssetCo in supporting its subsidiaries, and not merely “the occasion for the loss”.

This was subject to one exception.  One transaction which involved the misappropriation of £1.5 million by AssetCo’s CEO for his own personal benefit was outside the scope of the auditor’s duty.  The individual’s fraudulent behaviour was not an outcome the auditor could have reasonably be expected to have identified during the course of the audit and so there was no effective causal link between the transaction and the auditor’s negligence.

This case provides further clarification of the breadth of an auditor’s duty of care and the extent to which an auditor will be liable for losses suffered by a company where its audit is found to have been conducted negligently.  It is of particular relevance at a time when there is increasing debate about the role of auditors in detecting fraud perpetrated by a company’s management following a series of scandals and corporate collapses over recent years.