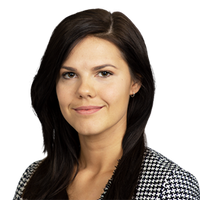 On 15 December, the UK government published its much anticipated Transforming public procurement green paper which sets out the government’s road map for shaping procurement policy following the UK's withdrawal from the EU. This green paper will be subjected to public consultation until 10 March 2021.

The green paper makes reference to the WTO Agreement on Government Procurement (GPA), of which the UK is now a member in its own right, and notes that the new regulatory framework will be founded on the principles and rules set out in the GPA.

In this blog, we set out some of the key changes envisaged in the Government’s road map to the UK’s post-Brexit procurement policy:

As part of this consolidation process, the Government has proposed to rationalise and clarify the parallel rules that fall under the foregoing regulations by:

Acknowledging that UK procurement policy cannot be a one-size-fits-all regime, the new rule-book would include sections with unique rules for utilities, concessions and defence and security procurement, to ensure that each sector is catered for appropriately.

At present, there are seven procurement procedures available to award contracts over the thresholds. The green paper notes that these procedures have become complex and restrictive, and proposes the introduction of three ‘simple, modern’ procedures:

The rules governing the first two procedures would remain largely unchanged. However, under the limited tendering procedure (formerly the negotiated procedure), there would be more stringent transparency requirements, and there would be an option to use this procedure in cases of ‘crisis’ as well as extreme urgency brought about by unforeseeable events.

There would be minimal rules governing the new competitive, flexible procedure; the procedure is akin to the current “Light Touch Regime”, which would be removed under the proposed changes. Contracting authorities would be able to design their own procurement procedures based on their needs and the needs of the market. They would only have to comply with rules designed to align the procedure with the proposed principles of public procurement and the GPA.

The Government hopes that empowering contracting authorities to design their own processes would facilitate innovation in the industry. The green paper envisages that this relative procedural freedom would encourage early engagement with the market and would allow bidders to come up with creative solutions to problems, based on outcome-based specifications.

This highly flexible approach comes with certain risks.  The Government anticipates that there would be an increased number of legal challenges as the new procedure is tested, leading to principles being established through Court judgments which may be difficult to interpret. The greater use of negotiations could also cause suppliers to hold back on disclosing their best proposals in initial tenders, and could ultimately prolong procurement timescales.

The post-Brexit road map set out in the green paper presents an interesting mix of proposals. There are elements of increased intervention (such as the greater demands around transparency) set in the context of broad deregulation and an emphasis on commercial freedom. For this novel regime to be successful, the Government would have to follow through on its promise of providing training and detailed guidance on the reforms.

More information on the reforms that will be ultimately implemented will follow the conclusion of the consultation period, in March 2021. In the meantime, look out for further blogs in this series, in which we will consider the impacts of the proposed changes, including the key amendments to the remedies regime, and provide our take on the strengths and shortcomings of the Governments’ vision for public procurement in post-Brexit Britain.

The post-Brexit regulatory changes largely reflect the Government’s aspirations to shift towards a more simple, flexible and transparent procurement regime.