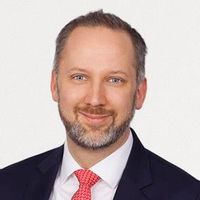 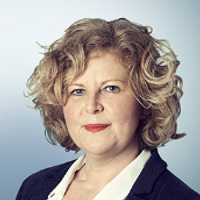 In November 2020, the Representative Action Directive (the Directive) was formally approved by the European Parliament. The new regime, once it forms part of Member States’ law, will enable consumer organisations, regulators and other “qualified entities” (QEs) to commence representative actions on behalf of consumers (see our blog here). Member States have two years to implement the Directive.

The Directive only sets minimum standards, which means that in most cases Member States are able to decide for themselves how to shape or set up a collective redress system. In turn, this may affect how attractive a jurisdiction is in which to seek such redress. In this and following blogs, we will explore the choices to be made by Member States, focusing on Austria, Belgium, France, Germany, Italy, The Netherlands and Spain.

We start by examining three core issues which Member States will have to address, and which will make a big difference to how the new regime works in practice: (a) the criteria QEs have to meet; (b) when a claim will be admissible; and (c) whether consumers can opt-in or opt-out of proceedings.

Only QEs (not consumers themselves) can bring representative actions, and Member States must guarantee that certain institutions such as consumer protection associations, including those that operate across borders, can be recognised as QEs. These organisations must meet certain minimum standards (Article 4 of the Directive).

New to many Member States will be the ability of QEs to operate across borders, and the requirement that Member States must ensure that QEs from outside their borders can bring representative actions in their courts (‘cross-border actions’).  While the Directive does not require changes regarding QEs bringing purely domestic actions, some jurisdictions such as Austria, Belgium and Spain are expected to tighten their rules to avoid discrepancies.   The Dutch and the German regimes already provide for stricter criteria than the Directive requires for cross-border cases.

It seems sensible for Member States to apply the same strict criteria for QEs for cross-border and domestic claims to ensure that claims are brought properly.  The criteria include financial independence from funders and law firms to limit interference with proceedings and to prevent abuse claims, a transparent management structure, operating only on a non-profit basis, and a solid record of activity in consumer protection.

The attractiveness of a legal system for cross-border representative actions will depend on how easy it is for a claim to get off the ground, which in turn will depend on the criteria for admissibility of any representative action. The Directive’s minimum standards for admissibility are low. They include that the alleged infringement must contravene one of a fixed list of European consumer protection laws and that it must harm the collective interests of consumers. Sufficient information must be provided to concerned consumers. Member States will be free to impose requirements that go beyond this, as long as this does not prevent them from achieving the objectives of the Directive.

The existing controls on the admissibility of mass claims vary across the Member States.  These include requirements for a minimum number of claimants (currently: France two, Germany 10 to start, 50 to continue), a minimum value of claim (The Netherlands), similarity  regarding the questions of fact or law (Austria, France, Germany and Italy) or requiring similar interests of consumers (Austria, France and The Netherlands). In The Netherlands, the existing criteria are already strict, with efficiency being the prevailing factor.  The judge decides whether a class action will be more efficient than individual proceedings following strict criteria. Belgian judges have greater discretion when carrying out similar balancing decisions since there are no specific criteria in the law.

The Directive requires manifestly unfounded actions to be dismissed at the earliest possible stage in accordance with national rules. Most Member States welcome these limitations, even though some changes to existing rules will be necessary.  Belgium, France, Spain, and Germany expect changes to their existing procedural systems, as the opportunity for courts to dismiss unfounded claims at such an early stage of the proceedings does not exist so far or is not clearly organised under the relevant laws.

With the Directive opening up the possibilities for cross-border claims, clear and strict criteria for the admissibility of representative actions seem desirable to prevent possible abusive claims.  Member States will have to decide whether to coordinate the definition of the criteria to reduce forum shopping.

The Directive says that Member States can choose to allow domestic representative actions to be brought on either an opt-in basis (meaning that represented consumers have to make an active choice to join the group) or on an opt-out basis (meaning that such consumers will automatically form part of the class, unless they decide otherwise). However, Article 9 of the Directive states that cross-border actions can only be brought on an opt-in basis.

So far, most regimes we examined provide for opt-in systems for their existing regimes.  This means that each participant in the collective action independently decides whether to be a party and therefore, whether to be bound by the outcome of the action.

For domestic claims opt-out systems exist in The Netherlands and in Belgium.  The procedure is regarded as efficient and helps resolving issues faster as judgments or settlement agreements are binding on the entire class. The Belgian class action regime also provides for opt-in mechanisms for domestic collective actions. It is at the judge’s discretion which system will govern the proceedings (except for foreign claimants, and for the reparation of bodily harm or moral injury where the opt-in system is mandatory). We also expect these systems to remain in place.

QEs working across borders and cross-border actions generally are likely to increase pressure on Member States to evaluate their existing domestic systems. Not only QEs but also the criteria for admissibility of claims will be an important driver for the attractiveness of the different jurisdictions.

Our next blog will be on funding.

To receive notifications for further blog posts in this series - sign up here.

WorkLife 2.0: Attitudes towards whistleblowing and the impact of the #MeToo movement
Holly Insley, Nicola Jones