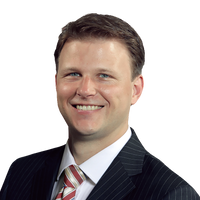 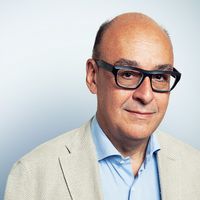 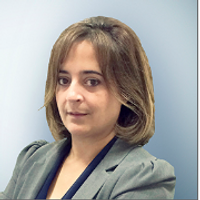 In this third blog of our series on the choices EU member states must make when implementing the Representative Actions Directive ('the Directive'), we focus on the Directive’s provisions regarding evidence and its disclosure. These provisions seek to address supposed informational asymmetries between the consumer associations and other qualified entities that will bring representative actions and the businesses they will sue.

Some commentators have expressed concern that the Directive's disclosure provisions will lead to US- or UK-style discovery processes being introduced across Europe. However, the reality is likely to be less dramatic. That is because the Directive does not regulate every aspect of proceedings – including evidence – and respects the principle of procedural autonomy of the member state. It is for them to lay down rules for evidence within the Directive’s framework.

What does the Directive say about evidence?

Article 18 of the Directive requires:

The member states now face the challenge of bringing these requirements into line with their existing procedural law. While the disclosure of evidence is widespread in common law jurisdictions, it is less familiar in civil law jurisdictions. As most EU member states have a civil law system in place, the implementation of US- or UK-style disclosure systems are unlikely. It also seems clear that the Directive does not aim to force member states in that direction, given the specific and limited obligations provided for in Article 18.

How do parties obtain evidence under current national regimes?

Examining the existing disclosure rules in European jurisdictions will help to assess whether these rules meet the requirements of the Directive and where amendments may be necessary.

As in our previous blogs, we look at the situation in Austria, Belgium, France, Germany, Italy, The Netherlands and Spain. All these jurisdictions have procedures for the disclosure of evidence, but require a party seeking disclosure to satisfy certain threshold criteria before it can obtain evidence.

Generally speaking, in these countries, a judge may order the production of a document if there are serious and precise indications that a party to the dispute or a third party possesses a document containing evidence of a relevant fact. In addition to being relevant, the request must also be proportionate. Furthermore, sufficient information will need to be provided to identify the requested document.

Some countries, such as Germany, apply these rules very strictly and so limit the circumstances in which disclosure will be ordered. It is unclear whether the German system’s restrictive framework complies with the Directive. By contrast, Italy has a lower threshold: it is sufficient that requested documents can support the 'plausibility of the claim' and are 'reasonably available' to the other party. A party in Italy can also seek categories of information, and need not identify individual documents.

In addition to the rules on when disclosure may be requested, there are, of course, rules which limit a court-ordered disclosure of documents. Privilege can be used to withhold documents but varies across jurisdictions. (For example, there is no privilege for in-house lawyers in France.) Trade secrets can also be protected from disclosure. These rules are broadly used by defendants to implement the best possible protection for their sensitive information and limit disclosure.

What happens if parties do not comply with the disclosure orders?

Article 19 of the Directive states that there should be effective, proportionate and dissuasive 'penalties' for failure or refusal to comply with any order to disclose evidence. They can take the form of fines (paid to the state) or penalty payments (paid to the other party), but also other types of penalties, such as procedural measures allowed under the Directive. Existing rules for enforcing disclosure orders differ from member state to member state.

In Italy, fines of between €10,000 and €100,000 can be imposed in cases of non-compliance, at the court’s discretion. The fine must be paid to a special fund at the Ministry of Justice (cassa delle ammende).

Belgium, France, Spain and The Netherlands, on the other hand, do not (yet) impose fines that are payable to the state. The introduction of a fine – a payment not to the other party but to the state – would thus have a major impact in those jurisdictions. However, at the request of a party, courts are here entitled to impose a penalty for non-compliance that is payable to the requesting party (l'astreinte).

Generally, the penalty increases for each day of non-compliance, adding pressure to comply with the court’s order. The amount of the penalty is determined by the judge on a case-by-case basis and very much depends on the financial resources of the party. In addition, courts of these jurisdictions may require a non-compliant party to pay (all or a larger share of) the costs of the proceedings.

Apart from the monetary orders, there are other measures that can be imposed on parties not complying with an order to disclose evidence. In Austria, Belgium, Germany, Italy, Spain and The Netherlands, such behaviour may result in the court assuming that the documents are favourable to the other party’s case. There is, therefore, potential for the non-compliant party to put itself at a disadvantage in terms of the burden of proof.

Why does it matter?

Previous European directives on antitrust damages or IP litigation led some civil law member states, such as Spain, to weaken limitations on disclosure of evidence. Based on these precedents, member states may make disclosure rules more expansive in response to the Directive.

To the extent that certain member states offer broader disclosure regimes than others, this could drive forum shopping, given the importance of documents in determining the outcome of litigation.

Claimant law firms tend to think globally and some European consumer associations currently operate in multiple member states. Claimants are likely to want to bring claims in countries with faster or more generous disclosure procedures to access documents, which they may then be able to use to support litigation in other countries. This will be especially true where there are no restrictions on using the evidence in other cases. It remains to be seen how this might affect cross-border representative actions.

In addition, a judgment from a jurisdiction with wide disclosure rules may have important consequences when used as evidence in another jurisdiction that has narrower rules and therefore might not have permitted that disclosure. The Directive, in Article 15, allows a final decision in one member state to be used as evidence in a similar action in another member state. However, it is unclear whether this applies only to collective actions or also to individual actions, and whether a finding that there was no breach of any consumer protection law could be also used in other member states as a defence.

Our next blog will cover issues around settlements.

To receive notifications of further blog posts on this topic -  please sign up here.