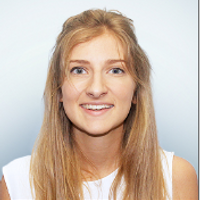 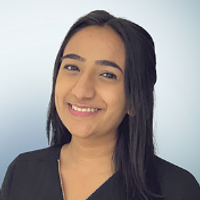 On 18 March 2021, the Independent Review of Administrative Law (the IRAL), led by Lord Faulks QC, published its report on reforming judicial review (the Report). At the same time, the Government published a consultation on judicial review reforms, ostensibly on the basis of the Report.

The Report’s conclusions align with the majority of the evidence provided to it (including by Freshfields): that judicial review in its current form strikes a sufficient balance between executive power and citizens’ rights, and any changes to the status quo should be gradual.

We consider robust judicial review as essential to upholding the rule of law, protecting individual freedoms and promoting commercial certainty.

IRAL Recommendations supported by the Government

The intention of the IRAL’s review was to ‘examine trends in judicial review of executive action, in particular in relation to policies and decision making of the Government’. In this light, the Report sets out several recommendations.

The IRAL made two key recommendations for substantive change, both of which the Government supports:

The Report recommends against the introduction of far-reaching legislative reform altering the current law on non-justiciability or generally restricting the powers of the court in relation to judicial review. Strikingly, the Report concludes that ‘the government and Parliament can be confident that the courts will respect institutional boundaries in exercising their inherent powers to review the legality of government action.’

A number of additional procedural reforms were suggested in the Report, which the Government intends to take up with the Civil Procedure Rules Committee:

The Report recommended that criteria for permitting intervention from third parties should be developed and published, noting an increase in the number of interveners since 2000, and questioning whether this is justifiable, particularly when used as a lobbying tactic which risks the integrity of the adjudicative process. Whilst the Government has not taken this recommendation forward in its consultation, it does acknowledge the argument has merit, and therefore will consider it separately. Further consultation can therefore be expected on this issue. Third parties, in the form of charities and NGOs with specific expertise, can assist the court and add substantial value to litigation by highlighting arguments which are of wider importance than those of the parties. In our experience, English courts already have available (and are in fact exercising) powers to manage interventions appropriately, including refusing permission or directing joint interventions or interventions limited to brief written submissions.

The Government’s desire to ‘go further’ than the IRAL

In addition to the recommendations set out above, the Government has expressed an interest in exploring other proposals in its consultation, building on those outlined in the Report.

Consultation responses are due in by 29 April 2021. We will be drawing on our experience of judicial reviews and interventions – both for commercial and pro bono clients – to respond.

The Government’s consultation is available here.