This month marks the fifth anniversary of the Equal Representation in Arbitration (ERA) Pledge.

During this time the Pledge has garnered the support of over 4,670 signatories from over 112 countries, including over 850 organisations.

This video has been released in celebration of the Pledge’s fifth birthday.

The Pledge has come a long way since its formal launch in May 2016. Key to the success of the Pledge was how it started. The idea of the Pledge was conceived at a dinner in London hosted by Sylvia Noury in May 2015, which sought to identify concrete action that could be taken to address the realisation that all too many arbitral tribunals lacked female representation. The draft Pledge was then debated and refined at nine further consultation dinners around the world with stakeholders from across the arbitration community – representatives from law firms, arbitral institutions, corporates, judges and arbitrators.

Committed stakeholders from these consultation dinners joined the Pledge’s first Global Steering Committee, ensuring that it had solid and broad geographical support when it launched with 300 signatories in May 2016.

The Pledge has maintained this inclusive and grass roots approach to its growth, empowering members of the Global Steering Committee – and now the various Pledge Subcommittees  – to be ambassadors for the Pledge in their regions and to take forth promotion and implementation initiatives involving local arbitration communities.

The growth in publication and reporting of statistics

Another key success and driver of change brought about by the Pledge has been the publication of gender appointment statistics by many of the major arbitral institutions. Before 2015, statistics were not widely published and the only data available was thanks to Lucy Greenwood’s efforts in gathering statistics informally. Now, nearly all of the major arbitral institutions and an increasing number of regional institutions publish full gender diversity statistics annually, broken down by appointment type. This information is key to being able to track progress and analyse where further efforts are needed.

Progress is being made

Based on the data gathered by Lucy Greenwood before 2015, it was estimated that only around 10 per cent of tribunal members were female. The average for 2019 was 21.5 per cent female arbitrator appointments, according to the report of the Cross-Institutional Task Force on Gender Diversity in Arbitral Appointments and Proceedings (the “Task Force Report”).

In addition to the statistics, progress is also evident anecdotally through the now rare occurrence of all-male panels (“manels”) at arbitration conferences and examples of parties and law firms calling out all-male arbitrator candidates lists during the arbitrator selection process.

More than half the respondents in the latest Queen Mary International Arbitration Survey, published in May 2021, agree that progress has been made in terms of gender diversity on arbitral tribunals over the past three years.

Implementation of the Pledge

In addition to encouraging individuals and organisations involved in arbitration to sign up to the ERA Pledge and implement the commitments in their own practices, the Pledge Steering Committee members and Subcommittees organise events and initiatives to advance implementation of the diversity goals of the Pledge. The following are examples of such initiatives from the past year:

The Corporate Subcommittee are also hosting a “meet the female arbitrator” event on Tuesday 25 May for in-house counsel on the rise of climate change related disputes and the role of arbitration. For further details about the event and to register, see here

To find out about further Pledge events and initiatives, you can connect with the Pledge on LinkedIn or see the events page on the Pledge website. 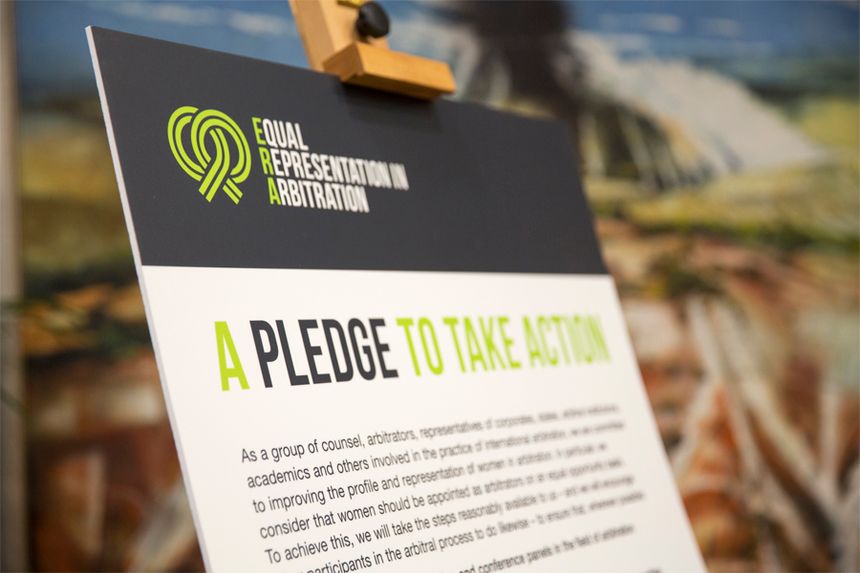