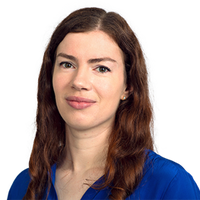 The financial loss and the uncertainty caused by the pandemic continues to affect business globally, and an increase in corporate insolvency is widely anticipated. Arbitration is an effective dispute resolution mechanism, but a counterparty entering insolvency proceedings can be disruptive. We recently wrote about insolvency being one of the key trends in international arbitration in 2021. So how might counterparty insolvency affect your ability to use arbitration?

Counterparty insolvency represents an inflexion point in your dispute, with both financial and legal consequences. Financially, notwithstanding good prospects of success, if you only stand to recover a low percentage of the monetary relief and/or costs you are awarded, i.e. your debt in the insolvency proceedings as an unsecured creditor, it may no longer be a good strategy to continue an expensive and time consuming dispute resolution process. Legally, there are two key ways in which commencement of insolvency proceedings represents a shift in dynamic in an arbitration context:

These changes in dynamic are illustrated by two themes. Both are consistent in insolvency proceedings across many jurisdictions.

First, insolvency proceedings typically transfer control from directors to an insolvency officeholder, such as a trustee, liquidator or administrator (with a notable exception being Chapter 11 bankruptcy in the USA). This individual generally has specialist qualifications and may be an officer of the court. They will have considerable powers, but are likely to also be accountable to the court and the counterparty’s other creditors. For ongoing disputes, this will disrupt the relationship between the parties – but a fresh perspective may give an opportunity to move past deadlocked points.

Upon counterparty insolvency, you will need to reflect on your strategy. You should get the best advice on the relevant insolvency laws and the cross-border insolvency dynamic, integrated with your arbitration advice. Freshfields’ market-leading global disputes and restructuring and insolvency practices are exceptionally well placed to do this.

In our next post, we will focus on the implications of a claimant's insolvency on an arbitration.