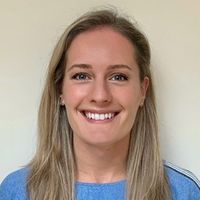 On 1 July 2021, the Serious Fraud Office (SFO) entered into its 10th deferred prosecution agreement (DPA) with an English engineering company as part of a global settlement pursuant to which the company agreed to pay a total of $177m to resolve investigations by UK, US and Brazilian authorities.

The UK portion of this settlement makes up the great majority of this figure – £103m (c. $141m) – and resolved bribery charges in respect of the use of corrupt agents in the oil and gas sector by the company's legacy business between 1996 and 2014 in Nigeria, Saudi Arabia, Malaysia, India and Brazil.

Novel features of the DPA are that the criminal conduct at issue was described by Edis LJ as being both unusually egregious and unusually far-removed from the company as it exists today.

In this two-part blog series, we will focus on these two aspects, beginning with this instalment that will examine the egregious conduct and the question of self-reporting. We will, in parallel, consider a few practical implications for companies.

Edis LJ notes that the corruption at the time of the historical misconduct within the legacy business appears to have been 'endemic' and 'at a very high level', with an 'extremely serious' level of offending. The facts behind the criminal activity are currently not public, as the statement of facts and judgment have been anonymised in light of possible legal action against the individuals involved.

What is notable is that Edis LJ does not only address the issue of self-reporting within the context of penalty calculation. Rather, the judge comments on it within the context of the way he considers a board should act more broadly, saying that self-reporting is 'a matter of ethical corporate governance' and that there is 'a moral duty on all citizens in this respect which extends at least equally to corporations'.

The SFO has long couched its encouragement to self-report in moral language, characterising it as the 'right thing to do'. Yet, this DPA judgment is the first to endorse a moral standard for self-reporting above and beyond the requirements of the law and outside the context of penalty reduction.

What does this mean for companies?

Although the language is striking, it is important to remember the specific facts of this case, and the 'very serious offending', which it appears Edis LJ considered to have worsened as a result of the lack of a self-report. That is important context when considering the expectation of there being any 'moral duty' to self-report that could be implied by Edis LJ’s comments.

Many companies already have in place processes designed to encourage reflection at the most senior levels of management. Such processes typically promote consideration as to whether to self-report potential criminal conduct that may be identified. However, that decision never occurs in a vacuum. It occurs in a commercial and legal context that can entail many different drivers influencing what the 'right' thing to do might be. It is possible that a board could conclude that self-reporting is the correct course of action, but equally, it is possible that the correct thing to do is not to self-report. Either way, both “moral” and practical concerns, among others, are likely to feature in the decision-making process.

So, practically speaking, this decision may not change a great deal. At the same time, the striking nature of this judgment may assist heads of compliance and general counsels to have valuable conversations with their Boards and senior management about their responsibilities and the way in which their management of a crisis will be perceived. That in turn could assist in ensuring the promotion of good business practice and the prevention of problems arising. This agenda remains relevant now that we are a decade on from the fanfare of the introduction of the Bribery Act and the impact that had at the time.

That concludes the first instalment of our blog series. The second part will continue our discussion of the SFO's 10th DPA. We will reflect on the fact that the criminal conduct at issue was far-removed from the company as it exists today and what this means for companies going forward.