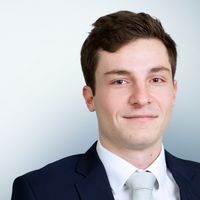 The suite of policies announced by the Chancellor at the 2021 Autumn Budget was accompanied by a host of technical changes and consultations that may be of greater interest to larger taxpayers. Included amongst those technical changes were two sets of proposed amendments to legislation concerning diverted profits tax (DPT), which take effect from 27 October 2021.

The second change is to expressly give effect in UK law to decisions reached  in relation to DPT under the mutual agreement procedure (MAP) between two competent authorities under the UK’s double tax treaty network.

My colleague Sarah Bond’s recent blogpost covered Vitol in more detail. In brief summary, in that case the Tribunal held that HMRC’s policy – that it would not issue a CT closure notice in relation to an accounting period for which there is an open DPT ‘review period’ – did not constitute reasonable grounds for HMRC refusing to issue a CT closure notice requested by a taxpayer.

As more fully-discussed by Sarah, the Tribunal in Vitol was uncomfortable engaging with HMRC’s policy arguments about how, in HMRC’s view, DPT and CT are ‘supposed’ to interact. HMRC do sometimes have a tendency to substitute their internal ‘policy’ for the law as made by Parliament. In Vitol the Tribunal noted that: “many of HMRC’s submissions focussed in general terms on the contention that this Tribunal should not disturb HMRC’s policy that it “will not generally issue a full closure notice (or partial closure notice in relation to the arrangement) … during [the part of a review period in which a company can make amendments to its company 15 tax return]””. The Tribunal correctly distinguished between the asserted policy of HMRC (which is a non-ministerial department only nominally accountable to Parliament) and the law as enacted by Parliament.

Some might say rather petulantly, the government (or rather, in effect, HMRC) is proposing to amend the Finance Act 2015 (FA 15) “to ensure that the [DPT] legislation functions as intended”. The proposed amendments reverse Vitol by prohibiting HMRC from issuing a closure notice to a company with an open review period, by inserting new section 101C into FA 15, even if the Tribunal has directed that a closure notice should be issued.

A related proposed change is to give immediate effect to any amendment made by a taxpayer to its CT return during the DPT review period, rather than at the end of the enquiry (as is the default position). This is intended to incentivize taxpayers to ‘settle’ the DPT enquiry by increasing their profits chargeable to CT, and therefore eliminating the charge to DPT on those profits.

Taken together, these changes leave the taxpayer hemmed in by the draconian pay upfront nature of DPT and the ease with which HMRC can persuade the government to overturn by legislation even mildly taxpayer-friendly Tribunal decisions.

A MAP is the process by which two competent authorities reach an agreement as to the application of the relevant double tax treaty to a particular taxpayer. It is HMRC’s view that “As a separate and distinct tax [to CT] DPT is outside of double taxation treaties. Also, DPT is targeted at contrived tax avoidance arrangements which seek to abuse the provisions of the United Kingdom’s tax treaties, so there would be no obligation to give relief under a double taxation treaty for such arrangements” (INTM489878).

There are two main problems with this statement:

Pausing there, it might seem strange that the government is proposing to amend the Taxation (International and Other) Provisions Act 2010 (TIOPA) to allow relief against DPT “to be given where that is necessary to give effect to a decision reached in MAP”, given that MAP is a process intended to avoid “taxation which is not in accordance” with the treaty (article 25(2) of the 2017 OECD Model Taxation Convention).

The policy announcement provides little context on why this change is being made. HMRC are known to be in MAP with other tax authorities in numerous transfer pricing cases, many of which will also have a DPT element. Perhaps a MAP decision pertaining to DPT is imminent or expected, and HMRC are worried about how that decision can be given effect. Whatever the cause, expressly legislating to provide for relief from DPT following a treaty process does seem to question HMRC’s position that DPT is outside the scope of the UK’s tax treaties, and may provide some comfort to taxpayers dealing with DPT enquiries that MAP (however slow a process) might provide a shield to the DPT ‘stick’.