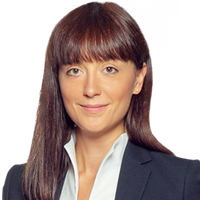 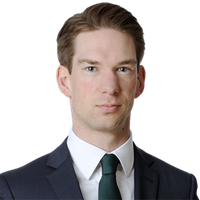 Climate change is high on the political agenda. It has already, and will even more so in the future, trigger new regulation – and criminal law will be part of the new legislative framework to tackle climate change.

This blog looks at the existing and expected criminal law framework in Germany to tackle climate change, and outlines how corporations should prepare for new developments impacting existing and future business.

This status quo will change. An expansion of environmental criminal regulations and an addition of climate-specific rules as well as a major focus on corporate responsibility are to be expected. Several endeavours are underway indicating that self-regulation and fines are no longer considered sufficient or adequate options to address this pressing issue, thus letting climate change criminal law evolve into a key factor in corporate compliance in Germany.

Newly formed German Government: Environmental protection is at the top of the agenda of the newly formed “greener” German government. While the coalition agreement of the newly formed government does not explicitly list the expansion of environmental criminal law – let alone the creation of a climate change criminal law – as being part of the political agenda, the agreement does contain some relevant references indicating the desire and will to develop a clear political and regulatory framework: the Climate Protection Act (Klimaschutzgesetz) is to be consistently further developed as early as 2022. In addition, an immediate climate protection programme (Klimaschutz-Sofortprogramm) with all necessary laws, ordinances and measures is to be initiated. Climate protection is to become a "cross-sectoral task". All “sectors” must contribute to achieving climate goals on the way to climate neutrality, indicating the attempt to comprehensively assign responsibility by any means – thus also including criminal law aspects. Further, the manifesto of the Green Party, which is part of the German government, is stating that “what is destructive [to the environment] must carry the relevant costs”.

Efforts to integrate deterrent legal consequences: The Federal Ministry for the Environment (Bundesumweltministerium) and the Federal Environmental Agency (Umweltbundesamt) have indicated that efforts are being made to reform sanctions regarding environmental misconduct by initiating a research project referring to this matter. Under the leadership of the Ecologic Institute scientists are looking into criminal and other possible sanctions in environmental law. The project’s focus is to outline recommendations for the prevention of environmental law violations in Germany through deterrent sanctions. The research team is supposed to suggest a course of action by the end of the project in 2023. It is expected that this will result in a considerable expansion of the catalogue of sanctions.

Revision of German corporate criminal liability: The newly formed German government agreed to revise the rules on corporate sanctions, including the level of sanctions, in the coalition agreement. The existing German regulatory offences law concerns companies especially through violation of obligatory supervision, sec. 30, 130 Act on Regulatory Offences. In practice these provisions traditionally had a major focus on environmental offences. Upcoming revisions will, undoubtedly, also have an impact on environmental aspects and climate change, especially given the importance of this topic to society. Furthermore, the manifesto of the Green Party emphasises the aim to focus on the responsibility of companies and to include deterrent sanctions into law, eg comprehensive levies or exclusion from the award of public contracts.

European directive: An upcoming EU directive on environmental criminal compliance is expected to have a major impact on German legislation (among others). The new proposal intends to enforce a more effective protection of the environment by obliging member states to take criminal law measures.

Companies should take preventive action and ensure compliance with the envisaged regulations and requirements on environmental and climate protection. Comprehensive monitoring of legislation, as well as case law on environmental and climate protection standards, should therefore be an integral part of the regular precautionary and preparatory measures.

Companies should also include climate change aspects in their criminal compliance systems. They need to perform a thorough climate risks assessment, reflecting the challenges their business area faces to be able to take suitable measures and minimise the related risks. A comprehensive risk analysis will enable companies to develop individual strategies at an early stage. External expertise and the appointment of an in-house climate protection officer entrusted with climate and environmental management are possible precautionary steps, too. Therefore, staffing can play a key role.

Climate change is a dynamic process, and its consequences are increasingly evident. Society, politics, law, and thus lawyers, must adapt to these future developments in an equally dynamic and fluid manner, without losing sight of already-discernible developments.

Climate change criminal law, although not yet fully established, is already an important consideration and companies, not least its members of management, need to be prepared.