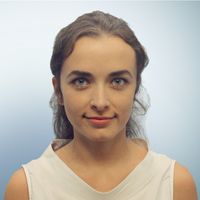 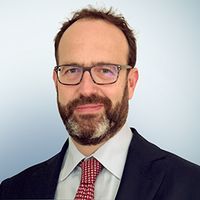 The effects of Beijing’s trade war with Canberra may not be widely felt, but the outcome will be of global interest. In this overview, we explore the origins of the clash, the WTO’s role in finding a solution, and the reasons why – despite its size disadvantage – Australia is standing its ground.

‘He who tries to blow out the other’s oil lamp will set his beard on fire.’ Thus went the warning of Cheng Jingye, China’s (now former) Ambassador to Australia in a 2019 article criticising US tariffs, as he pledged to ‘fight against trade bullying’ and ‘safeguard the rules-based multilateral trading system’. A few weeks later, as the relationship between the two countries deteriorated, China implemented a series of formal and informal trade measures to restrict Australian exports, which have, among other things, led to a 77 per cent decrease in Australian wine exports to China last year and wreaked havoc with Australia’s rock lobster industry.

Unlike the recent trade war between China and the US, the dispute between Australia and China is unlikely to have significant spillover effects for the world economy. However, the dispute is nevertheless creating a stress-test for Australia’s multilateral trade network, with potentially unintended consequences for China.

China and Australia entered into a free trade agreement in 2015, cementing a strong historical trade relationship underpinned by China’s demand for Australia’s iron ore to feed its industrial machine. The relationship began to show signs of strain, however, after Australia became one of the first countries to raise national security concerns over Huawei and introduced foreign interference laws specifically to address the perceived threat it raised. More recently, the political dynamic reached a low when Australia called for an independent investigation into the origins of the COVID-19 pandemic, in what was seen as a direct attack on China’s reputation and the latest in what Beijing called a ‘series of wrong moves’ by Canberra. Soon after this, Beijing leaked a list of 14 grievances in which Australia was accused, among other things, of unfairly blocking Chinese investments in contravention of the free trade agreement while citing ‘ambiguous and unfounded national security concerns’.

In the months that followed, Chinese authorities suspended the import licences of major Australian beef producers, instructed some power plants and steel mills to stop buying Australian coal, and imposed punitive tariffs on barley and wine. Beijing later announced in March 2021 that it would extend the 220 per cent anti-dumping duties on Australian wines for the next five years.

Bringing the dispute before the WTO – not a quick fix

WTO panels were established in May and October 2021 to adjudicate on the barley and wine disputes respectively. Reports are usually issued around 18 months later; any fault identified will then have to be corrected within a ‘reasonable period of time’ (usually at least 15 months), meaning a couple of years could go by while tariffs continue to bite. It’s worth noting that the parties would still have the option to settle at this point. Although the initial consultations prior to the WTO panels being established were not successful (they rarely are), diplomatic settlement has in some cases been ultimately more efficient in resolving the dispute than proceeding with WTO legal action.

If settlement is not reached, and in the unlikely scenario that the panel report is not complied with, the party affected by the contested trade measures can ask the Dispute Settlement Body (DSB), which administers the WTO dispute settlement system, for permission to implement temporary retaliatory measures (within limits), which would usually take the form of blocks on imports. It’s likely, however, that either Australia or China would comply. In particular, China has continued to indicate that it is keen to establish a reputation as a law-abiding member of the WTO, and furthermore in September formally submitted an application to join the Comprehensive and Progressive Trans-Pacific Partnership (CPTPP) – a matter on which Australia as a party benefits from a veto.

Despite dramatic population and economic imbalances (China’s 1.4 billion people and c. $15tn GDP respectively dwarf Australia’s 26 million and c. $1.4tn), it appears that Australia has not turned out to be the easy opponent that China may have thought, demonstrating the strength Australia has gained from globalisation and interdependent supply chains. Beijing was always going to be limited in how hard it could squeeze; Australian iron ore is critical for China’s construction industry, and Australia provides an important source of lithium for Chinese electric vehicle manufacturers. Exporters of other affected Australian goods, such as coal, barley, cotton and seafood, responded to pressure by diversifying their customer bases and redirecting exports to other countries.

While the ultimate scale of the multibillion-dollar loss to the Australian economy is still being calculated, a surge in iron ore prices over the last year has masked the reduction in Australian exports to China. As time goes on, the impacts of these measures on businesses operating in both China and Australia will only serve to highlight – for both Beijing and Canberra – the potential losses that may result from the dispute unless their trade relationship is properly (and promptly) compartmentalised.