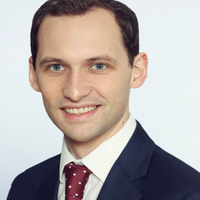 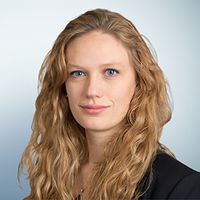 On 28 January 2022, Mr Justice Hildyard handed down a summary of his long-awaited judgment in Autonomy Corporation Limited and others v Lynch and another (HC-2015-001324) – the first claim to go to trial concerning section 90A and Schedule 10A of the Financial Services and Markets Act 2000 (section 90A). The full judgment, which is expected to run to over 1,500 pages, will be handed down imminently and is anticipated to bring some clarity to the scope of section 90A.

What is section 90A about?

Although section 90A has been in force since 2007 and existed in (largely) its current form since 2010, the Autonomy judgment will be the first that considers the scope of section 90A. Section 90A (in short) allows an investor in UK-listed securities to bring a claim against an issuer where four limbs are satisfied:

In essence, section 90A gives a shareholder or other holder of securities a possible cause of action in respect of statements made or omissions in an issuer’s annual reports, trading updates and other ad hoc announcements. Section 90A also allows an investor to bring a claim where there has been a dishonest delay in publishing information, with no need to show reliance.

In October 2011, Hewlett Packard (HP) purchased the entire issued share capital of Autonomy, which at the time was listed on the London Stock Exchange, for approximately USD11.1 billion. Shortly after, HP determined that the sale price had been overinflated and, within a year of the acquisition, had written down USD8.8 billion of Autonomy’s value.

The acquisition led to criminal proceedings in the US and civil proceedings in the UK. In the UK, HP, together with Autonomy’s successor company (referred herein as Autonomy), brought a claim against Dr Lynch (the founder and former CEO of Autonomy) and Mr Hussein (Autonomy’s former CFO): (i) under section 90A; (ii) for fraudulent misrepresentation and/or under s.2(1) Misrepresentation Act 1967; and (iii) for breach of fiduciary duties. By far the most significant claim was the claim under section 90A for which the claimants sought damages of USD4.55 billion.

Although HP and Autonomy (the Claimants) were seeking damages from Dr Lynch and Mr Hussein (the Defendants), a section 90A claim can only be brought against an issuer – here, that would mean HP bringing a claim against the company it now owned, Autonomy.  As a work-around, HP notified Autonomy of its claim and Autonomy accepted liability in the sum of USD4.55 billion. Autonomy then brought a claim against the Defendants, who were both accepted to be PDMRs of Autonomy, for the loss. This type of ‘dog-leg’ claim is possible because, under Schedule 10A of the Financial Services and Markets Act 2000, an issuer is able to claim its losses back from its PDMRs if they were responsible for, or at least had knowledge of, the falsities.

Importantly, Autonomy’s admission of liability did not bind the Court. The Court was, therefore, required to first determine Autonomy’s liability under section 90A, then determine the liability of the Defendants to Autonomy.  The Claimants’ claims in relation to section 90A and direct fraud/the Misrepresentation Act overlapped to a considerable degree and consisted of six heads of claim: the Claimants alleged that the Defendants had knowingly allowed Autonomy to publish information relating to six areas of its business and accounting and that had artificially inflated the price. The Claimants contended that the relevant information was integral to HP’s decision to purchase Autonomy - that is to say, HP relied on the information.

What have we learned from the Autonomy summary?

The Claimants substantially succeeded on liability and were successful in respect of five of the six heads of claim under section 90A and direct fraud/the Misrepresentation Act. However, while the summary does provide a high-level description of the judge’s findings in respect of each head of claim, it does not provide any detailed analysis into how the judge reached his findings – this is to come in the judgment. It is, nonetheless, possible to glean a few things from the summary.

First, only one head of claim under section 90A failed and it failed because the claimants had failed to show that certain accounting treatment “was wrong rather than a matter of accountancy judgment on which views might properly differ”. The information which was the subject of the other five heads of claim was found to be untrue or misleading. The judgment may, therefore, provide guidance on how materially untrue or misleading a statement needs to be for it to fall within the scope of section 90A.

Second, the summary states that the Claimants “reasonably relied” on the various misstatements. The statute is silent as to the standard of reliance needed and, therefore, any guidance in the judgment on this point will be welcomed.

Third, Hildyard J expressly notes that that there is no defence to a claim for fraud or under section 90A on the basis that a claimant had the means of discovering the truth. While perhaps not a controversial point to those familiar with the provisions of section 90A, it might have been thought that a means of discovering the truth may go to the question of whether it was reasonable for a claimant to have relied on an untrue or misleading statement – it is now clear that is not so.

Fourth, unlike more recent claims issued under section 90A which have hived off the issue of quantum to a second trial (such as has been ordered in Allianz Global Investors GmbH & Ors v RSA Insurance Group Ltd), the Autonomy trial was not a split trial – all aspects of the case were heard in one trial. Despite this, Hildyard J’s summary (and anticipated judgment) only addresses the question of liability, with quantum to be addressed in a separate judgment in due course, and Hildyard J has indicated that he may require further submissions on quantum perhaps justifying the decision to hold split trials in these types of claims.  Although the judgment will not address quantum, Hildyard J did indicate that quantum will be significantly lower than the amount claimed because, in his view, HP would still have considered acquiring Autonomy even without the false or misleading statements.

Impact of the Autonomy judgment

Since the Autonomy claim was issued in 2015, several claims have now been issued under section 90A. These claims have tended to be mass claims, brought on behalf of tens or hundreds of institutional investors, and often funded by third party litigation funders. The position of shareholders of this nature is different to that of a party who takes a listed company private, particularly when it comes to reliance and causation (e.g. contrast HP’s position with the position of an institutional investor who made an investment through an index fund). Nonetheless, we anticipate we will now obtain some guidance on key elements of section 90A which has not to date been the subject of any judicial consideration. Some of these issues may end up being considered by more senior courts if there is an appeal.

The use of the ‘dog-leg’ claim structure means that, in Autonomy, section 90A was effectively being used in a post-closing M&A dispute rather than for the more classic securities class actions we have come to be familiar with in the US and which, as we have said, have been growing in the UK. The Autonomy judgment may give rise to further section 90A claims in this context, particularly in cases involving allegations of fraud.