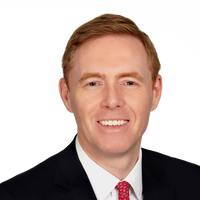 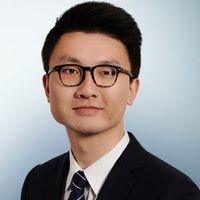 The following article was originally published by Law360 on March 30, 2022. Click here to view.

That view is mistaken. As tech companies have expanded internationally, they have increasingly looked to investment treaties as a tool to resist real or perceived regulatory mistreatment.

For example, just this January, Huawei Technologies Co. Ltd. filed a request for arbitration against Sweden under the Sweden-China bilateral investment treaty, challenging Sweden's decision to ban Huawei from taking part in the country's 5G infrastructure rollout due to stated national security concerns.[1]

These and other similar claims demonstrate that tech companies' foreign investments often involve the types of assets that are protected by most investment treaties.

Indeed, even where tech businesses are primarily cloud-based, the broad definition of investments in most investment treaties can cover valuable intangible assets — including data. As a result, we expect tech companies' use of investor-state arbitration to continue its upward trajectory.

There are approximately 3,000 investment treaties in force worldwide. While the precise nature and scope of the protections available will vary depending on the terms of each treaty, most treaties guarantee foreign investors a basic set of rights.

These typically include protections against legislative, regulatory or judicial acts that expropriate the investor's assets without compensation; are discriminatory; are arbitrary or otherwise unfairly prejudicial to the investor's business; or prevent the investor from repatriating profits.

The right to sue the host country in an independent forum — international arbitration — outside domestic courts is a powerful tool for foreign investors, tech companies included. These claims are typically public and taken very seriously by governments, and the resulting arbitration awards can be sizable, ranging from tens of millions to several billion dollars.

Leading companies in the energy, infrastructure and telecommunications sectors, among others, have been relying on these treaties for years to protect investments against interference by foreign governments.

Over the last few decades, the World Bank's International Centre for Settlement of Investment Disputes, or ICSID, has administered over 800 investor-state disputes, 296 of which are pending. This represents just a portion of the claims by foreign investors against host country governments.

How to Gain Protection Under Investment Treaties

Treaty planning — i.e., making sure that your foreign investment is covered by one of the more than 3,000 treaties in existence — can take place when an investment is made or afterwards, just as long as the treaty structure is in place before a dispute arises.

Companies often undertake treaty planning simultaneously with tax planning as part of an acquisition or investment process, or during a subsequent corporate restructuring of an existing investment.

Increasing Use of Investment Treaties by the Tech Sector

These lists usually include tangible and intangible assets, shares in local companies, contractual rights, permits to operate and IP rights. Due to the breadth of these definitions, it is likely that even the most cloud-based tech companies have qualifying investments in one way or another.

Like their counterparts in other sectors, a few tech companies were early adopters of investment treaties as a means to protect their foreign investments. In 2002, International Business Machines Corp. brought claims against Ecuador under the U.S.-Ecuador bilateral investment treaty relating to the Ecuadorian Ministry of Finance's alleged failure to perform a concession contract with IBM.[2]

The parties settled that dispute in 2004. Likewise, in 2003, Unisys Corp. brought claims against Argentina under the U.S.-Argentina bilateral investment treaty concerning the Argentine judiciary's alleged failure to perform a contract with Unisys for an information‑storage and management project.[3]

In both of these cases, the tech companies' relevant assets were contractual rights — i.e., a type of asset that is expressly protected by most investment treaties.

The recent increase in investment treaty arbitration claims by tech companies shows that many foreign investments in the tech space continue to fall within the broad definition of protected investments.

A high-profile example is Uber Technologies Inc.'s December 2019 threat to bring a claim against Colombia under the U.S.-Colombia treaty.[4] In response to a complaint filed by a local competitor to Uber, the Colombian competition authority imposed a nationwide ban on Uber's ride-hailing app.

Colombia overturned the ban shortly after Uber notified the government that it intended to commence investment treaty arbitration in relation to Uber's protected assets in Colombia. Uber's assets included intellectual property rights like its trademark in Colombia, and intangible property rights like its contractual rights with its network of riders and drivers — assets that were expressly protected by the terms of the applicable treaty.

Even more recently, in March 2020, a U.S. tech company, NeuStar Inc., initiated an international arbitration against Colombia under the U.S.-Colombia treaty regarding its contractual rights under a concession agreement and the country's alleged failure to renew the concession to manage the .CO internet domain.[5]

These are just a few examples. Like in the earlier generation of tech-related investor-state disputes, these more recent claims largely involve assets, such as contractual rights, that are expressly protected by many investment treaties.

[4] Uber v. Colombia: No citation available as the case settled. The Notice of Dispute can be found here: https://www.italaw.com/cases/7823.