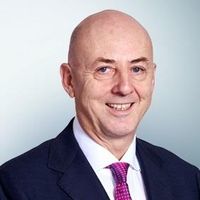 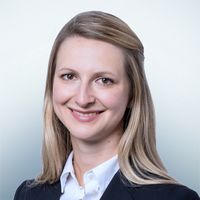 On 27-29 June the 14th International Cartel Workshop organised by the ABA in collaboration with the IBA took place in Lisbon.

This edition marked the 25th anniversary of the workshop, which aims at bringing together practitioners and enforcers to discuss current key trends and issues in cartel enforcement by way of staging a role play on a hypothetical global cartel investigation. The workshop furthermore counted several roundtable discussions with top cartel enforcers from antitrust authorities around the globe as well as practitioners who gave an insight in most recent developments in the area of cartel enforcement.

In our first blog post on this workshop we looked at the current state and future outlook of leniency programmes and the use of ex officio investigation tools, and in this second blog we will zoom in on current focus areas of cartel enforcers.

The workshop discussed several kinds of cartel behaviour that enforcers are currently focussing on. These included the following:

Bid rigging. Bid rigging is not a new focus area for many enforcers but it has gained even more significance with the recent pandemic and ensuing increase in government spending, including through public tenders. For example, the Portuguese Competition authority trains government officials enforcing public procurement rules to spot irregularities that could be an indication of cartel infringements. Offending companies can subsequently be barred from public procurement processes. As set out in our first blog post (see here), several regulators also screen tender databases using data analytics tools to seek to uncover cartels.

Innovation and sustainability. Several enforcers see innovation and sustainability as one of their enforcement priorities. For example, in Europe it is debated whether companies should be able to cooperate more closely on sustainability in order to avoid first mover disadvantages. To avoid legal uncertainty in this regard, the EC is in the process of adopting guidance on sustainability cooperation in its revised Horizontal Guidelines. The EC deviated from its standard practice of basing its guidance on real life examples because of the novelty and the lack of available precedent on the subject. The EC however already pursued some cases based on environmental considerations: the trucks cartel included collusion over innovative technology and the car emissions cartel was the first cartel sanctioned for collusion on environmental standards without any collusion on prices.

No poach. Antitrust enforcement in relation to labour markets has been an area of focus for the DOJ for some time. In the US the labour antitrust debate was primarily driven by the general public’s growing concern with wealth disparities and income inequalities in the US – a factor less relevant in the EU where labour market regulation is a key feature of the legal status quo. This culminated in the release of Antitrust Guidance for Human Resource Professionals in 2016 which formalised the US regulators’ view that naked no-poach and wage-fixing agreements are per se anticompetitive. Shortly after the adoption of this guidance, the DOJ brough its first criminal cases for no poach and wage-fixing agreements (albeit unsuccessfully).

To date, the EC has not taken enforcement action with respect to price fixing agreements, wage-fixing agreements and information exchanges regarding components of pay. However, the debate has gained traction more recently with Executive Vice President Margrethe Vestager going on record confirming that the EC is actively looking at cases in this space and with a number of national competition authorities having taken enforcement action regarding cartel infringements on labour markets. This development has been led by the Portuguese Competition Authority taking thought leadership by publishing an Issues Paper and Best Practice Guidelines on this topic in September 2021, two documents which the EC (and other national competition authorities) have inputted on, and which therefore likely reflect the way in which the EC would assess antitrust infringements on labour markets going forward.

The EC is expected to eventually bring a case regarding anticompetitive conduct on a Europe-wide labour market (e.g. tech, pharma etc) concerning highly skilled employees. Cartel infringements on labour markets are likely to be viewed in the same way as purchasing cartels and treated as a by object infringement. The first case the EC will pick for enforcement action will presumably concern conduct that does not only distort competition on labour markets but also impacts parameters of competition in downstream markets such as innovation.

Several other jurisdictions have also taken an interest in this topic such as Canada which has recently expanded its criminal liability to include no poach agreements; and Brazil where the Administrative Council for Economic Defence (CADE) is currently pursuing an investigation into labour markets in the healthcare sector (although this case relates to a traditional information exchange theory of harm rather than presenting any specific enforcement focus on no poach or wage-fixing agreements).

No poach agreements pose specific challenges such as (i) the definition of the relevant market (i.e. whether the market is limited to a given industry or more broadly includes all sectors to which an employee’s skill set could be relevant); (ii) from a compliance perspective how a company can best terminate a no-poach policy without creating incriminating internal documents and (iii) how fines are calculated especially in cases where a cartel infringement on a labour market is considered to have negatively impacted innovation in the relevant industry.

The workshop has provided an interesting insight in the current state of cartel enforcement in several jurisdictions around the world and has highlighted the differences in specific focus areas of certain enforcers (such as bid rigging, innovation/sustainability, and labour markets). Companies should take account of these different focus areas when determining their strategy towards global cartel investigations.

You can read our first blog on the ABA International Cartel Workshop here, which looked at the current state and future outlook of leniency programmes and the use of ex officio investigation tools. To read more about these and other antitrust developments, you can read the Detecting cartels and compensating consumers chapter of our Global antitrust in 2022: 10 key themes report. Our Antitrust, Competition and Trade team is also available to discuss any of these points in further detail.