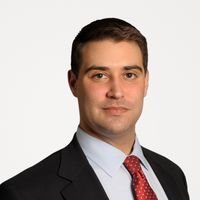 On September 21, 2017, the U.S. Department of Justice (“DOJ”) announced that Sweden-based telecommunications provider Telia Company AB (whose securities traded publicly in New York from 2002 until 2007) and its Uzbek subsidiary Coscom LLC agreed to pay $965 million in a global settlement with the DOJ, the U.S. Securities and Exchange Commission (“SEC”), and the Public Prosecution Service of the Netherlands (Openbaar Ministerie) to resolve charges related to violations of the U.S. Foreign Corrupt Practices Act (“FCPA”) to win business in Uzbekistan.

The SEC and the Dutch Public Prosecution Service announced separate settlements with Telia in connection with related proceedings.  Telia has also noted that Swedish law enforcement is continuing its separate investigation into individuals, and that the company may be subject to disgorgement proceedings resulting from that investigation.

When announcing the resolution, Acting Assistant Attorney General Kenneth A. Blanco of the DOJ’s Criminal Division emphasized the U.S. Government’s “continued and unwavering commitment to robust FCPA and white-collar criminal enforcement.”  He further stated: “Foreign and domestic companies that pay bribes put honest companies at a disadvantage and distort the free and fair market and the rule of law.  Today’s resolution reflects the significant efforts ... to bring such companies to justice, and to maintain a competitive and level playing field for companies to do business, create jobs and thrive.”