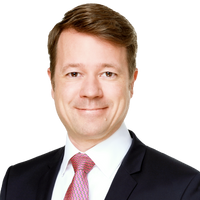 The Bangladesh Accord on Fire and Building Safety continues to represent a milestone in theglobal business and human rights space: a five-year independent, legally binding agreement created in the immediate aftermath of the Rana Plaza building collapse and signed by global brands, retailers and trade unions. A new version was signed in June ahead of the expiration ofthe agreement, and so far over 50 fashion brands have joined the new agreement as signatories and global trade unions recently called on more brands to do so. Companies that are considering signing the new agreement – either because they are original signatories or would like to get involved now – should take note of the potentially far-reaching impact of commitments undertaken under the Accord and of a recent decision by the Permanent Court of Arbitration (PCA) in The Hague confirming the binding effect of the commitments and the Accord’s own ground-breaking dispute resolution mechanism.

Background on the Accord

The main purpose of the 2013 Accord and updated version is to make all garment factories in Bangladesh safe workplaces. As such, the Accord provides for a system of facility inspections and correctional measures to be taken, as necessary.  International fashion brands signing the agreement commit themselves to require their local suppliers to comply with the conclusions reached by inspectors, to remediate issues that are identified, and to negotiate financial terms with suppliers that make supplier remediation possible.

The Accord also establishes a two-step dispute resolution process – the first time an arbitration procedure referencing the UNCITRAL rules was included in a global framework agreement between unions and employers in the history of global collective bargaining – where claims are first heard by a committee comprised of representatives from global trade unions and brands and chaired by a representative from the International Labor Organization and parties wishing to appeal the committee’s decisions can do so before the PCA.

In the two cases recently heard by the PCA, global trade unions IndustriAll and UNI Global claim that two unnamed brands have failed to comply with their commitments in relation to a number of their suppliers.

In a Sept. 4 decision (a redacted version of which was released on October 16), the PCA addresses procedural questions but the ruling is nonetheless interesting, something all fashion brands should be aware of, and possibly relevant to employers in other industries as global trade unions look to include arbitration as a dispute resolution mechanism in more global framework agreements.

Impact of “no decision”

The PCA refused to dismiss the claims on the grounds that the arbitral procedure was not properly triggered. Specifically, the steering committee was unable to reach a decision supported by a majority on the merits of the case, prompting the unions to appeal the decision arguing that the brands should be sanctioned. The brands argued that appeal was not possible due to the non-decision verdict at the committee level but the PCA rejected the argument finding that “no decision” is formally a decision. Hearings will occur in early 2018 to discuss the merits of the case.

The PCA also ruled on confidentiality issues. As it is often the case with human rights related obligations, redress and sanctions for violations are one thing but transparency to prevent future breaches and prompt larger behavioral change quite another. Article 19 of the Bangladesh Accord requires the steering committee to publish and regularly update information on progress under the Accord. That same provision indicates, however, that information linking specific brands to specific suppliers will be kept confidential.

Invoking this provision and the PCA’s rules under UNCITRAL, the tribunal dismissed a request from the unions to publicly identify the brands and supplier at issue. The tribunal confirmed that the names of these brands would remain confidential and that only limited information on the procedure and its progress would reach the public domain.

Global Trade unions IndustriALL and UNI Global Union announced on Friday 15 December that they reached a settlement agreement with one of the two respondent fashion brands. They claim that the “settlement will ensure that the supplier factories associated with this leading fashion brand are remediated and that substantial funds are available for that remediation work consistent with the 2013 Bangladesh Accord”. The exact content of the settlement agreement, as well as the name of the brand, remain confidential.  The arbitration is due to resume in the first half of 2018 for the other respondent, unless they settle as well.

On a final note for those brands considering signing the new Accord, the new agreement represents more than a copy-paste of the 2013 version. Under the new version, suppliers will now be obliged to pay severance to workers if they have to close or relocate a factory for safety reasons; protection of the freedom of association is explicitly provided for; the dispute resolution mechanism is enhanced; and additional categories of factories may be included.

See also: Bangladesh Accord arbitrations signal new beginnings for the settlement of business and human rights disputes through arbitration on our Business and Human Rights Blog.