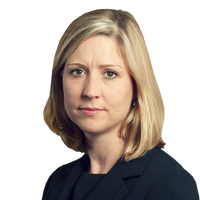 As you may have seen in the Press, the UK Government has published its long awaited response to the Taylor review. The ‘Good Work’ response asks more questions than it answers, with almost 150 consultation questions set out in its four consultation papers.

Very few of the Taylor Review’s recommendations are accepted, and, even where they are, the Government is, in most cases, consulting on how best to implement them.

The clearest indications of action are, unsurprisingly, on the least controversial topic – that relating to the enforcement of employment rights. The acceptances here include:

While some were hopeful that the Government might announce an overhaul of tax legislation to bring alignment to the worlds of employment law and tax, there seems a notable absence of enthusiasm from the Government for change in this area, at least at the moment - the question of alignment merited only two questions in the consultation paper. Perhaps the prospect of tax legislation reform is too much for the Government to contemplate when so much of its energy is directed at Brexit negotiations.

For our briefing on the Taylor Review report, please click here..