Last week, the European Commission published its final draft proposals for a “New Deal for Consumers” package (the “New Deal”). The New Deal proposes the repeal and replacement of the existing Injunctions Directive, as well as revisions to four existing consumer protection Directives. The proposals include:

In this post, I will focus on the proposed new consumer collective redress regime, which I trailed in an earlier piece (available here). Apologies in advance for the length of what follows…

What is being proposed?

The Commission has proposed a new type of “representative action, the European way”. This would be created by a new Directive on representative actions for the protection of the collective interests of consumers, to replace the existing and much-maligned Injunctions Directive. The proposal is available here.

In essence, it is proposed that a “qualified entity” (see below) would be able to bring a representative action before a member state court or administrative authority on behalf of classes of consumers who have been affected by a trader’s breach of consumer protection laws. This could require the infringing trader to compensate the consumers concerned or take other redress measures.

Where member states don’t already allow representative actions of this sort, then they will be required to introduce them.

Which businesses would be affected?

All businesses that deal with consumers in the EU, including those which are already subject to sector-specific legislation. That includes companies from outside the EU that do business here.

Redress would be available where a trader was shown to have breached identified consumer protection legislation. This includes EU legislation relevant to the protection of the collective interests of consumers in sectors such as financial services, energy, telecommunications, health and the environment. The full list of relevant legislation is available here. As I discuss below, there are some surprising inclusions on the list – for example, the Product Liability Directive, the Eco-Design Directive, and various insurance and financial services regulations.

Who could bring a representative action?

“Qualified entities” – that is, non-profit organisations which represent the collective interests of consumers and which have been designated by member states. The current list of qualified entities is available here. It includes national regulators and consumer associations.

The action would be brought against the trader or traders alleged to have caused harm to consumers.

Recital 31 to the draft Directive says that “[c]onsumers should be informed of [an] ongoing representative action”, which suggests that the fact of the claim as well as its outcome (see below) would need to be publicised.

How would a claim get off the ground?

The proposal envisages that representative actions could be brought either as standalone claims, or following a separate finding by a court or regulator that a trader had broken the law.

Class action regimes around the world typically require a court, at an early stage, to certify a claim as fit to progress by way of class action. Although the draft Directive is vague on the details, it does imply that member states would need to put in place a similar certification stage under the new regime, so that the court or administrative authority could consider issues such as:

Would consumers have to “opt in” to join the action?

In many cases, no. Where, for example, the representative action was brought on behalf of an identifiable class of consumers who have suffered comparable harm (e.g. everyone in a member state who has signed up to particular subscription or contract, which is found to contain unfair terms), then no mandate from individual consumers/class members would be required for the claim to commence.  The same would be true where the remedy sought is limited to an injunction to stop the offending conduct.

In other cases, member states could require individual consumers to agree that the action be brought on their behalf before a declaratory decision or redress order is issued (see below for an explanation of the possible remedies).  But this would not be mandatory.

What would the consumer body have to prove?

This isn’t entirely clear from the proposal, which is vague on the subject of the burden or standard of proof - which would therefore fall to be decided by the member states.

It would however seem that, in cases where a breach had not already been established (see below), it would be for the qualified entity to prove to the court or administrative body that the trader(s) had breached the relevant consumer law(s) and so caused harm to the collective interests of consumers. Presumably, this would be to a civil rather than criminal standard of proof (although this is not stated).

The member state’s ordinary procedural rules would, I assume, also apply. However, the proposal makes clear that:

What happens where an EU regulator or court has already reached a decision on infringement?

The proof required would be reduced in such cases, provided that the regulatory or court decision was “final” (i.e. non-appealable/not subject to judicial review).

Where a representative action was brought in the same member state that has rendered that earlier final decision, then the final decision would “irrefutably establish the existence of the infringement”, and no further evidence would be required.

Where the final decision was reached by a court or regulator in another member state, there would be a “rebuttable presumption” that the infringement had occurred. Nothing is said about how the trader might go about rebutting that presumption in such circumstances, but the legislative intention appears to be to reverse the burden of proof in such cases.

What remedies would be available if the case is made out against the trader?

The representative action would be to seek “measures eliminating the continuing effects of the infringement”, such as redress orders – by which the trader would be required to provide for compensation, repair, replacement, price reduction, contract termination or reimbursement of the price paid, as appropriate. The draft Directive is clear that, in mass harm cases, awards should be compensatory and not punitive.

In other words, the trader could be required to pay out large sums of money following a finding against it.

In cases where the consumers harmed by the infringement were readily identifiable and suffered comparable harm caused by the same practice, compensation would have to be paid direct to the consumers concerned.

In cases where consumers had each suffered a small amount of loss, such that it would be disproportionate to distribute the redress to them, redress would be directed towards “a public purpose serving the collective interests of consumers” – the Commission gives the examples of a consumer legal aid fund, awareness campaigns or “consumer movements”.

In other, more complex, cases the court or authority would, “exceptionally”, be empowered to issue a declaratory decision establishing the liability of the trader, which would facilitate individual follow-on damages claims by individual consumers.

An injunction to stop misconduct could also be obtained at the same time as any order for redress.

The trader would be required to publicise any final decision against it or settlement reached (see below) at its own expense. The draft Directive notes that “The reputational risks associated with spreading information about the infringement are… important for deterring traders [from] infringing consumer rights.”

Will all claims go to trial?

No, as - given the claimant-friendly nature of the regime - there may well be incentives for traders to settle. The proposal indeed encourages member state courts and administrative authorities to “invite” a qualified entity and a defendant “to reach a settlement regarding redress within a reasonable set time-limit”, and provides for court scrutiny of settlements. Individual consumers would not have to sign up to any settlement that was reached (which would of course remove much of the benefit of settling for businesses).

Will these proposals actually become law?

The publication of this and the other New Deal proposals on 11 April was obviously the first stage in the formal legislative process, and the draft Directive will doubtless be amended as it makes its way forward. That said, MEPs tend to like doing things that protect their constituents and there is political will to tackle apparent deficiencies in consumer protection in the wake of various well publicised scandals. The legislative process is also likely to be expedited, given that the next European Parliament elections are scheduled take place in May 2019.

For readers in the UK, it is unclear whether the new regime will form part of UK law post-Brexit – a lot depends on the timing. This may be an interesting topic for a follow-up post…

My initial reactions to the proposed new collective redress regime

In my earlier post on this subject, I set out various concerns about what I understood was then being proposed in this area. Suffice it to say that these have not been resolved by the Commission’s final proposal...

I will share my thoughts with you further in coming weeks, but here are some initial observations:

Given the growing interest in this area at a legislative level in numerous countries, we will be discussing managing global group claims risk in a rapidly evolving landscape at our next client Risk Academy on 25 April. Please contact Ashmita Garrett (ashmita.garrett@freshfields.com) if you would be interested in attending. 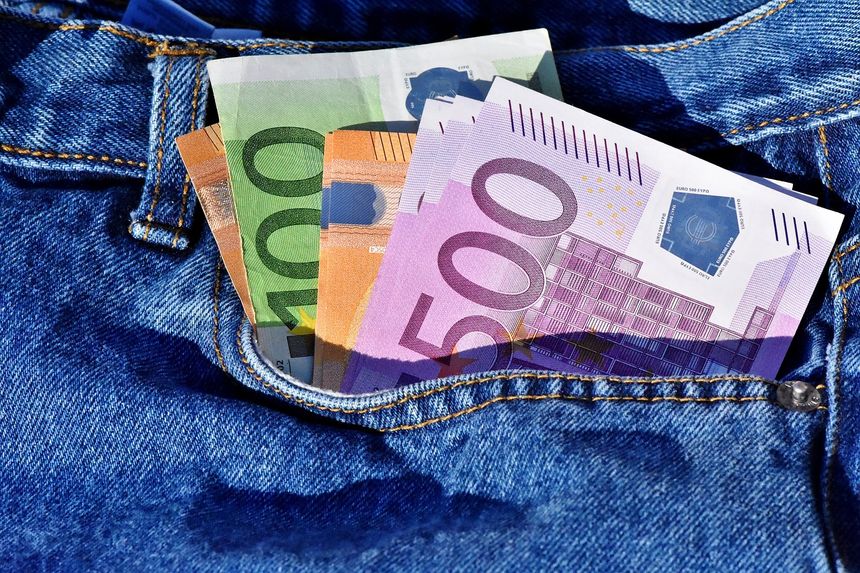