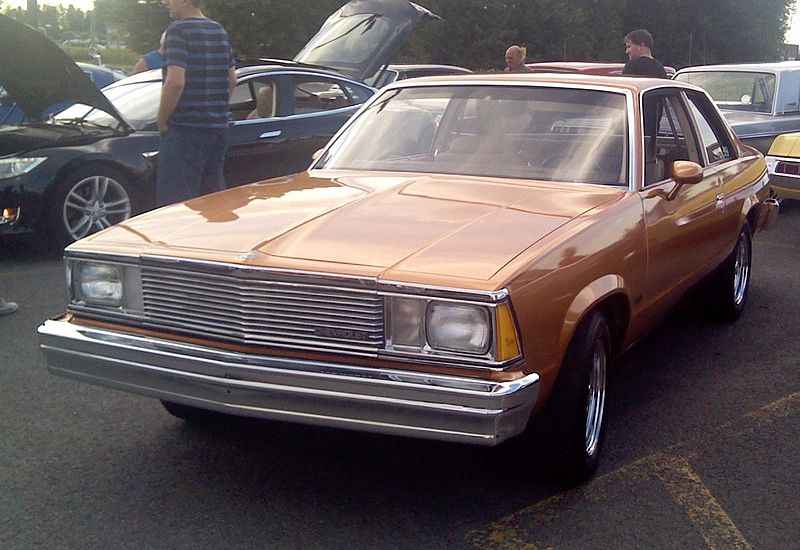 To give a sense of the potential importance and impact of this judgment, if  the estimated size of the global repo market is c. Eur 15 trillion, and if  1% of all repo trades were to default under these terms, then each 1% change in underlying bond valuations following on from this judgment, would be worth c. Eur 1.5 billion.

On Monday 15 September 2008 financial markets around the world were rocked by the US Chapter 11 Bankruptcy of Lehman Brothers. 3 weeks later, on 7 October 2008, Icelandic Bank Landsbanki Islands hf was taken into administration by its own regulator, the Icelandic Financial Supervisory Authority. This move into administration constituted an “Act of Insolvency” under clause 2(a)(v) and “Event of Default” by Landsbanki under clause 10(a)(vi) of the GMRA (2000 type version) between Landsbanki and Raiffeisen Bank. This in turn activated the other termination and closeout provisions in clause 10 of the GMRA, applicable to the 11 outstanding open repo transactions between the parties.

Depending on the exact details of the termination procedure applied, different valuation procedures would be mandated under the GMRA for the repo bonds. In this case, clause 10(C)(ii) applied requiring “Net Value” to be “reasonably determine[d]” by the “non-Defaulting Party” i.e. just by Raiffeisen Bank either “at the Default Valuation Time” or “as reasonably practical after”.

The “Defaulting Party” i.e. Landsbanki would then owe and have to pay the difference between a) the value of the repo trades and b) the valuation of the underlying bond collateral. So the higher the valuations of the underlying bonds, the lower the additional amount that Landsbanki would still have to pay to Raiffeisen Bank, giving Lansbanki the clear incentive to try to enforce the highest possible bond valuations.

N.B. As the approximate par value of the repo bonds was c.Eur 100 million, each 10% revaluation difference would be worth c.Eur 10 million, so well worth contesting.

What was the “fair market value” of the bonds?

Landsbanki’s key case was that the “fair market value” of the bonds should be determined by reference not to the low distressed market tradeable quotations and transaction prices actually observed around the Default Valuation Time, but rather from broader valuation principles such as the International Valuation Standards published by the International Valuation Standards Council, that envisaged more normal market conditions (leading to higher bond prices), and that “fair market value” was conceptually different from actual “market value”.

Landsbanki also argued that algorithmic model prices particularly those displayed on the Bloomberg Professional BGN (Bloomberg Generic) pricing screens should also be used to assess “fair market value”, citing support from some FAQs and Guidance produced by trade representative body ICMA. In fact advice around this period was that Bloomberg BGN prices could indeed be useful in helping to determine repo bond valuation prices, but not that they had to or should be used on their own without say additional downwards price adjustments for features such as large trading lot size and market illiquidity.

Lord Justice Flaux at para 36 of his judgment agreed with Raiffesien Bank’s submissions that:

"such pricing sources and methods (which may include, without limitation, available prices for Securities with similar maturities, terms and credit characteristics as the relevant Equivalent Securities or Equivalent Margin Securities) as the non-Defaulting party considers appropriate…"

"Under the contract, the exercise in determining the "fair market value" is a broad one. The non-Defaulting Party is entitled to have regard to such pricing sources and methods, which may include without limitation available prices for securities with similar maturities, terms and credit characteristics, as it considers appropriate."

As for the limits on the discretion of the Non-Defaulting Party, Lord Justice Flaux stated at para 38:

“In the absence of some express or implied limitation in the contract on the exercise of the discretion, as a matter of principle, the only limitation will be the one recognised by Rix LJ in [Socimer International Bank Ltd v Standard Bank London Ltd [2008] EWCA Civ 116 (22 February 2008)], as applied by Blair J in Exxonmobil  and by the judge in the present case, that the decision-maker must have acted rationally and not arbitrarily or perversely”.

He also pointed out at para 45 that:

“the definition of Net Value expressly entitles the non-Defaulting Party to have regard to whatever "pricing sources and methods" and to "available prices for Securities" as it considers appropriate, without any limitation in the wording of the provision as to the factual circumstances in which the non-Defaulting Party can have regard to those matters.”

Furthermore he also found at para 47 that there was a good reason why the definition of “fair market value” was so broad:

“the GMRA is used in respect of a wide variety of financial instruments, not just bonds, so that a tailor-made definition of "fair market value" to fit the facts of this case would not have been appropriate.”

Hence the appeal of Landsbanki was dismissed and the original valuation of the bonds by Raiffesien Bank at the High Court trial of c. Eur 75 million, i.e. c. Eur 25 million short of par value, was allowed to stand. (2.)

This result was not surprising in legal and contractual terms, since the non-Defaulting Party was acting within the scope of its discretion in GMRA clause 10(C)(ii), since the definition of “Net Value” explicitly contemplated use of the “available prices for Securities with similar maturities, terms and [most importantly similar] credit characteristics” (which arguably can also mean in similar market conditions), and since parallel provision clause 10(C)(e) considered the proceeds of actual sales into potentially distressed markets and so also by implication at distressed market prices.

A fundamental concept behind  the GMRA 2000 is that on termination of the master agreement the assets being repoed can be practically liquidated and revalued and sold.

If it had ever been intended that this valuation should be done with respect to abstract valuation principles such as the International Valuation Standards, as argued by Landsbanki at para 18 of the High Court judgment, then this could and arguably would have been included either in the GMRA itself or attached schedules or in the guidance notes, but was not, and in any event would be less commercially attractive.

The definition of “Market Value” at clause 2(cc) of the GMRA would allow for “the price for such Securities at such time on such date obtained from a generally recognized source agreed to by the parties.” However, this was not the operative clause in this case and the parties had anyway not agreed to use such a restricted source.

It is certainly true that when bonds are revalued for accounting and auditing purposes, that algorithmic prices such as Bloomberg BGN can and are used in certain circumstances. However trading and tradeable prices are generally preferred by both bond traders and auditors except where the bonds are extremely liquid, which was not the case above. Algorithmic or amortizing prices may also be applicable where bonds are being held long term, say held to maturity on a bank’s “available-for-sale” books, but not generally in cases of prospective short term sale into illiquid markets for repo trading book assets.

Unless a bank could show (e.g. through the litigation discovery process) that repo bonds previously revalued in this way had actually then been sold off at a much higher price, there would be little reason to impugn the revaluation process used in this case by Raiffeisen, which reflects the way banks seek quotes for many illiquid bond positions across the market.

Hence both the High Court and Court of Appeal seemed to have reached eminently sensible decisions on the facts of this case.

What is left unclear however  is whether, in a parallel case, a non-Defaulting Party could also use its broad discretion to apply the very methods advocated by the Defaulting Party Landsbanki above, if it was then in the non-Defaulting Party’s interests to do so? That alternative but equally plausible scenario might, if it occurred, take a further UK Supreme Court ruling to resolve.

(Rupert Macey-Dare is a commercial barrister and PhD-economist. Rupert gratefully acknowledges helpful comments from: Elaine Graham, Rhodri Thomas, Prof Joanna Benjamin, Prof Moorad Choudhry. These are discussion points of the author and do not necessarily reflect the views of any other individuals or organizations, and do not constitute legal or economic advice.)

(1.) A “repo” or sale-and-repurchase-agreement is a form of informal collateralized lending from the quasi-lender, who initially buys the bonds or other assets used in a repo to the quasi-borrower, who initially sells the bonds or other assets used in the repo, before the transaction is reversed, typically a short predetermined period later, for a slightly higher price, i.e. including an element economically equal to interest. This is typically favourably treated as corporate borrowing for UK taxation purposes and in other tax regimes.

This borrowing can also be at a low annualized implicit interest rate, because of various features that reduce the objective riskiness of the transaction for the quasi-lender. These features can include: the short time of each repo transaction which can be measured in days, the quality of the underlying collateral, typically traded bonds that are usually easy to sell and for which the quasi-lender holds full legal title during the transaction and at any default, the substitutability of equivalent collateral, the bundling of various repo trades between pairs of parties under Global Master Repurchase Agreements (GMRAs) which create favorable conditions for margining and, on default and for regulatory capital purposes, netting and closing out portfolios of individual repo trades, and the provision under a GMRA for the net beneficiary to make good any difference between the closeout value of the netted collateral and the closeout value of the existing repo trades on a portfolio basis.

Moreover if the quasi borrower is a bank that trades or hold bonds, then instead of leaving these bonds idle on its balance sheet, it can repo them out instead to another bank in return for low cost funding, which is what happened here.  See M. Choudhry’s “Introduction to Repo Markets, 3rd Edition” 2006 for further discussion.

(2.) The Appendix to the High Court judgment lists the contemporary or near contemporary price indications used as evidence by Raiffeisen Bank for revaluing each of the 11 bonds being repoed under the GMRA.  Approximately half of the revaluation marks chosen by Raiffeisen were either the minimum, below the minimum or in the 1st quartile of  prices quoted for that bond. The rest were predominantly in the 2nd quartile and below the average quote, although 1 was in the 4th quartile and another was the maximum market quote obtained.

Similarly if one looks at 3 of the largest repo bond positions by EUR value in this portfolio and compares the revaluation marks chosen by Raiffeisen with the generic algorithmic Bloomberg BGN prices for September and October 2008, the Raiffaisen quotes either fall below the minimum or in the 1st quartile, so at the low end of the spectrum. 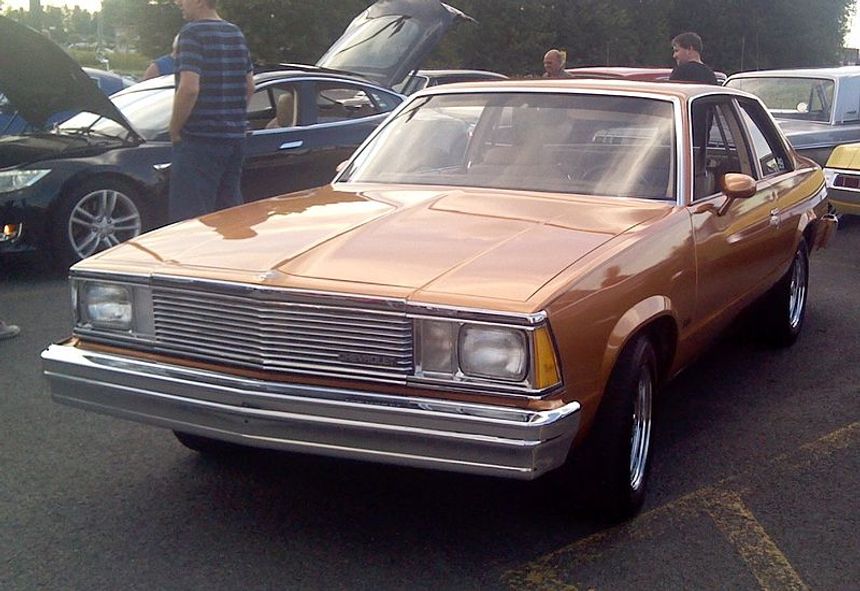