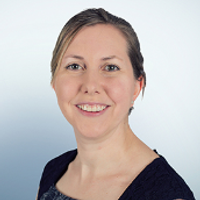 In October, the US Treasury’s Committee on Foreign Investment in the US (CFIUS) introduced new mandatory notification rules for foreign investments in US businesses involved in ‘critical technology’. Foreign investors will have to notify CFIUS of their intentions or face hefty fines.

The rules represent the latest tightening of public interest and foreign investment regimes globally. They are unlikely to be the last.

Regimes differ between jurisdictions, but we see certain trends emerging.

Even voluntary regimes are bringing in a dual track process, with mandatory notification for certain transactions.

There is a move to trying to capture very new technologies.

Even very small transactions may be affected.

These trends are only likely to increase the number of deals affected by public interest and foreign investment notification requirements. The German ministry reviewed 42 transactions in 2016, whereas it is expected that it will review around 100 cases during 2018, while the UK government expects a further 200 notifications per year under its new regime. The US changes are also likely to lead to a significant increase in notifications.

For further analysis of the trends which we are currently seeing in public interest and foreign investment, read our report Public interest or protectionism? Navigating the new normal (PDF).

If you are interested in hearing more, then join our webinar Update on Antitrust Enforcement in China and New Challenges in Foreign Investment Reviews on 15 November, where an expert panel will discuss the challenges companies are facing in foreign investment controls around the world. Please register here.