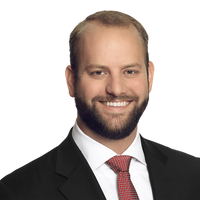 Outcome 1: CFIUS states it has insufficient information to issue a no-action letter, resulting in no safe harbor

Outcome 3: CFIUS issues a no-action letter and the parties have their safe harbor

Outcome 4: CFIUS unilaterally initiates an investigation into the notified transaction

We think that the most common outcome is that, at the end of the 30 calendar day review period, CFIUS will notify parties that it has insufficient information to issue a no-action letter. Without a no-action letter, the parties will not benefit from the legal certainty of the CFIUS safe harbor, the incentive to encourage parties to participate in the traditional, voluntary CFIUS process.

While this prediction may be initially disappointing, it is unfortunately not surprising given CFIUS’ resource constraints and its historically high case load, which will only get heavier due to the influx of mandatory declarations. In particular, we doubt the intelligence community will be able to complete a full threat assessment of declared transactions in the vast majority of instances. This, in turn, will likely impede CFIUS’ willingness to grant a safe harbor against future action.

To briefly discuss the other potential outcomes, our expectation is that any complication involved with a mandatory declaration, either from the acquirer or from the nature of the target’s business, will likely cause CFIUS to request a traditional JVN. Further, we expect CFIUS to only approve relatively benign mandatory declarations by acquiring parties that are already quite familiar to CFIUS (e.g., the acquiring party had successfully completed a CFIUS review recently).. Finally, we expect CFIUS to rarely need to initiate a unilateral review because a request to submit a traditional JVN under outcome #2 will likely be sufficient.

Because we think that the most common outcome for a given case will be that CFIUS declines to issue a no-action letter, parties to transactions covered by the Pilot Program will be confronted with a choice: whether to submit a mandatory declaration or a traditional JVN. When making this choice, parties should carefully assess a number of factors, including the total likely duration of the anticipated review and the relative burdens of preparing a mandatory declaration as compared to a traditional JVN. Most importantly, parties will need to determine whether they can accept an outcome that satisfies their legal obligations under the Pilot Program, but may not yield the legal certainty of a safe harbor at the end of the process. Regardless of how parties decide to proceed based on this choice, one thing is certain: the Pilot Program has made the CFIUS process more challenging to navigate, not less.

For further analysis of the trends which we are currently seeing in public interest and foreign investment, read our report Public interest or protectionism? Navigating the new normal (PDF).