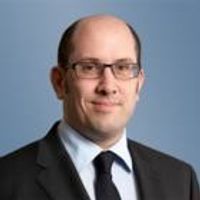 Hong Kong’s Financial Secretary Paul Chan said last week that there were plans to introduce a bill this year into the city’s Legislative Council to put in place a long-awaited and much needed corporate rescue procedure for Hong Kong.

Mr Chan was speaking at the Greater China Restructuring Forum that took place in Hong Kong on 16 January 2019. At present, the only options for a distressed or insolvent company in Hong Kong are to go into liquidation or provisional liquidation. Although it may be possible to restructure a company in provisional liquidation, there are serious limitations to the process, so Mr. Chan’s announcement will be welcomed by many working in the restructuring and insolvency space. The new bill, which has been some time in preparation, will introduce a provisional supervision regime that is akin to the UK’s administration regime. Although limited details were given about the new regime, the following was highlighted:

Such reform attempts have stalled in the past, but it seems there is now broad support for these changes.

Also being considered is for Hong Kong to adopt the UNCITRAL Model Law on Cross Border Insolvency which would, among other matters, clarify and simplify the recognition of foreign insolvency proceedings in Hong Kong. In the longer term, it was noted at the conference that Hong Kong is exploring entering into a reciprocal agreement with China for Hong Kong restructurings to be recognised in China (and vice versa).

Although we will have to wait to see the detail, these changes, in principle, represent a positive development for Hong Kong.

Litigation funding in the UK: a further nail in the coffin of the 'Arkin cap'?
Holly Samuel, Nick Stern
Recent posts from Freshfields Risk & Compliance