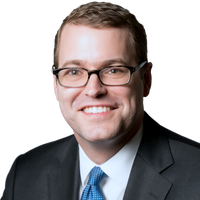 At an American Bar Association conference last week, James McDonald, Director of the Division of Enforcement at the Commodity Futures Trading Commission (CFTC), announced a new CFTC Enforcement Advisory regarding self-reporting and cooperation in connection with violations of the Commodities Exchange Act (CEA) involving foreign corrupt practices (the Advisory).

Director McDonald’s announcement demonstrates the CFTC’s commitment to: (1) expanding the CFTC’s investigative interests into a (largely) new area for the agency; and, more broadly, (2) further aligning the CFTC’s enforcement approach with the policies and practices of the Department of Justice (DOJ).

The Advisory indicates that the CFTC will look closely at foreign corruption in the markets that the CFTC regulates, including at individuals and entities that may not be required to register with the CFTC if those individuals and entities engage in conduct that affects commodities markets. Like under DOJ’s cooperation program, self-reporting (in addition to cooperation and remediation) could result in significantly more favorable results for companies.

The Advisory announces two different standards, depending on whether a company or individual is required to register with the CFTC.  With respect to companies and individuals that are not required to register and that make a timely and voluntary disclosure, followed by full cooperation and appropriate remediation, the Advisory states that the Enforcement Division “will apply a presumption that it will recommend to the Commission a resolution with no civil monetary penalty, absent aggravating circumstances involving the nature of the offender or the seriousness of the offense.”  By contrast, the Advisory notes that CFTC “registrants have existing, independent reporting obligations to the Commission requiring them…to report any material noncompliance issues under the CEA…includ[ing] any foreign corrupt practices that violate the CEA.”  Per the Advisory, previous CFTC Enforcement Advisories provide that “registrants [who] timely and voluntarily self-report misconduct, fully cooperate, and appropriately remediate will receive a recommended ‘substantial reduction in [any] civil monetary penalty”—though not the no-penalty presumption afforded to non-registrants.

The Advisory also states that “the Division will seek all available remedies—including, where appropriate, substantial civil monetary penalties—with respect to companies or individuals implicated in the misconduct that were not involved in submitting the voluntary disclosure.”

Although the CFTC has not historically focused on foreign corruption, it does have at least one precedent in this area.  In 2000, the CFTC imposed a half-million dollar penalty on a commodities broker in connection with an alleged fraud involving kickbacks paid to the families of key employees at Chilean state-owned enterprises.  The CFTC has suggested that it currently has more corruption cases in the pipeline.  In announcing the Advisory, Director McDonald referenced “open investigations” involving foreign corruption and gave examples of how foreign corruption could affect commodities markets, including by:

The Advisory aligns the CFTC’s enforcement approach with DOJ’s emerging focus on foreign corruption in the financial sector: for example, DOJ recently prosecuted Société Générale and Och-Ziff Capital Management for violations of the Foreign Corrupt Practices Act. DOJ has likewise recently made headlines with FCPA investigations into commodities businesses, such as multinational trading and mining firm Glencore plc.

The Advisory appears to be the latest of several recent measures the CFTC has taken both to align its practices with those of criminal authorities and to work in closer coordination with DOJ.  In the last few years, the CFTC has (among other things):

The Advisory may suggest a new area of enforcement emphasis by both the CFTC and DOJ, which should spur companies involved in the commodities markets to ensure that they have up to date and effective anti-corruption compliance programs.

Additionally, in considering whether to self-report conduct involving foreign corruption to government authorities, companies should now consider the possibility of exposure under the CEA and include the CFTC in their calculus.